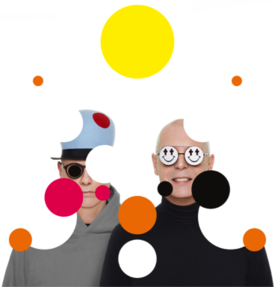 Pet Shop Boys will drop their new single “Twenty-something” on June 24th. Off their most recent release Super, the album will include two new bonus tracks, “The white dress” and “Wiedersehen,” the latter featuring backing vocals from Rufus Wainwright. Also featured are remixes of “Twenty-something” by Swedish DJ/producer Kornél Kovács and reggaeton super-producers Los Evos Jedis.

The official video for “Twenty-something” recently premiered premiered via Univision,and is now available to view, below.

The duo has announced the first leg of their “Super” world tour starting on October 21 in Las Vegas. The 27-day run includes shows in the U.S., Canada, Germany, Holland, Denmark and Russia and will go on sale May 13th. More dates including U.K. shows will be announced later this year. The band will be playing songs from their career as well as their new album, Super.

The “Super” tour will be staged by long-time Pet Shop Boys designer Es Devlin and choreographer Lynne Page and will follow their sold-out residency of four nights at the Royal Opera House in London July 20-23. The band is collaborating for live music arrangements with Stuart Price, who produced and mixed their latest album along with 2013’s Electric.