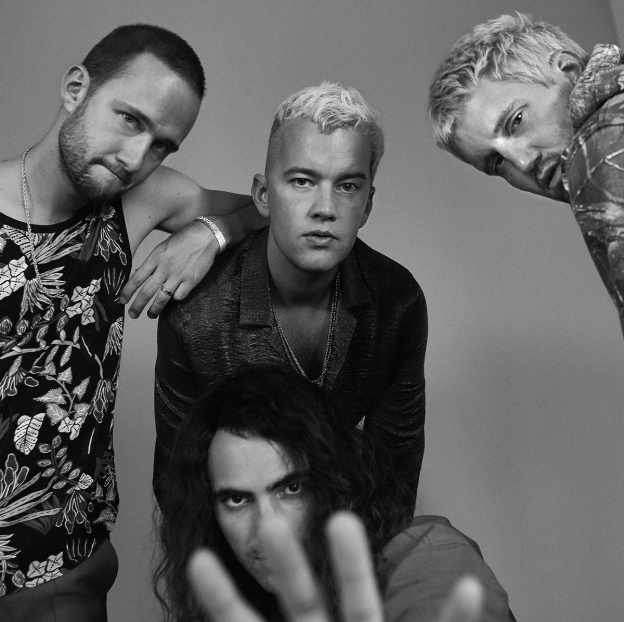 “‘She’s Alright’ was born at our studio in Louisiana one night when I had to leave to come home to my wife, who was pregnant at the time. It was a time in my life when my artistic tendencies were causing a serious strain on my marriage. In any case, when the guys checked in, I just said “she’s alright” and they started writing it while I was home. I can’t remember if they were reluctant to show me or not, but when they did, I was blown away. I wrote another 2 verses and it all came together. This is my favorite song on the record. I feel like we had a lot of really inspired moments recording it.”

The band members call their sound “garage-pop,” pointing to a range of influences — from Prince to T Rex to Let’s Dance-era David Bowie — as wide and varied as the group’s own material. All four members of Pet Fangs hail from South Louisiana, where brothers Joe and David Stark first attracted an audience as co-founders of the swampy rock band Baby Bee. Signed to Republic Records, Baby Bee launched as a duo and steadily expanded into a larger lineup, with Jory Cordy and Ben Alleman joining the ranks. Cordy, Alleman, and the two Stark siblings were all songwriters and multi-instrumentalists in their own right, each having logged time in touring bands and as session musicians. Together, though, they were something more: a tight-knit, democratic unit of musicians whose new songs were bigger, bolder, and broader than anything they’d created before. Looking to move outside of the rules they’d placed upon themselves as a rock band, they dissolved Baby Bee and launched a new band. A band with bite. Pet Fangs was born.