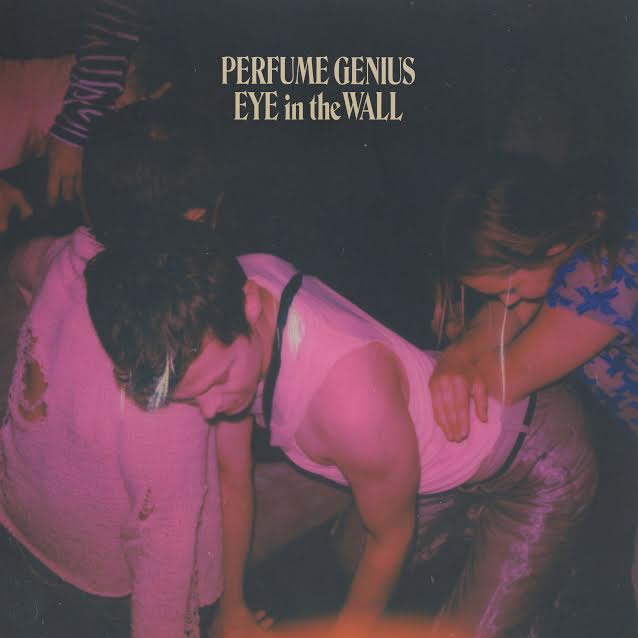 Perfume Genius has released “Eye in the Wall.”  The song is lifted from Mike Haderas‘ AKA Perfume Genius’ forthcoming The Sun Still Burns Here, a dance and music performance collaboration with Seattle-based choreographer Kate Wallich. The evening-long piece, set to debut in October, is co-directed by Perfume Genius and Wallich and stars Hadreas alongside dance company The YC. The nearly 9-minute “Eye in the Wall.”

Mike Haderas on “Eye in the Wall:”

“I think of “Eye in the Wall” as a cosmic peep show,” says Hadreas. “Watching, being watched, dancers unlatched from the Matrix and truly LIVING. Creating new rituals on the other side. Whole bodies braiding, spit glowing in the dark and a camera floating just above. We spent a lot of time in the studio alternating between the math of the song and the magic of it — which was very much like the process of creating the dance itself. Working with Kate Wallich and YC, really being with my body, really being with other bodies – there is control and a real formula but a portal opened up in parallel that is completely free and overwhelmingly full of feeling.” Wallich adds: “’Eye in the Wall’ is the part of the piece where we lure you in and spit you out. A tornado of body, time, space, transformation and deterioration. It’s like pulling the Death card when you already knew what needed to end.”

For nearly a year, Perfume Genius’ Mike Hadreas and Alan Wyffels have been rehearsing with Wallich and The YC in Seattle. Not only are Hadreas and Wyffels fully integrated into the complex choreography of the piece, but the performance will also feature Hadreas performing songs he has composed for the project live, creating an exciting marriage between Perfume Genius’ epic take on popular music and the evocative nature of Wallich’s contemporary dance. A trailer for The Sun Still Burns Here, featuring a clip of “Eye in the Wall.” The trailer was directed by Zia Anger, with art direction by Andrew J.S. The world premiere of The Sun Still Burns Here will be held on October 4th and 5th at Seattle’s Moore Theatre, with more performances slated for New York, Minneapolis and Boston through the winter. The full list of dates can be found below.