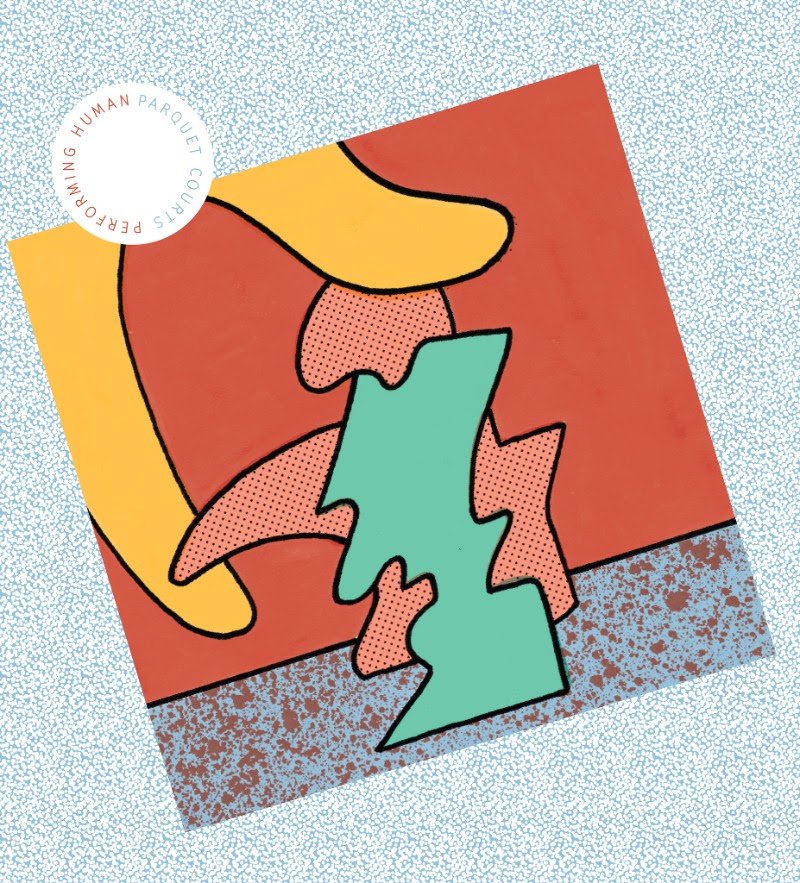 New York band Parquet Courts released their fifth (depending on how you count them) album Human Performance in April of this year, marking the bands best work to date. Andrew Savage, over the course of those 5 albums, has proven himself to be a whip smart lyricist – one of the generations best. In their 5 years of existence, Parquet Courts have become essential, headlining a new wave of “New York” bands.

The 12″ Performing Human is a decidedly unessential addition to the bands quickly growing discography. All four tracks on the EP are different takes on the title track, and album standout, Human Performance. Savage’s deadpanned shot at writing a break up song was something newly direct for the band. One of the cuts on the EP is the album version itself, serving as a supposed reference point for the other tracks – none of which do anything to improve upon or mutate the original in any interesting sort of way.

The first of these is Dreamland version, an alternate edit by the band themselves. The track all but does away with drums, and swaps guitar cords for organ. The tempo seems slowed ever so slightly, and there is a (dreamy?) shimmer over the whole of the song.

Fellow New York band Eaters take a swing next. Lending their brand of synth and drum machine austerity, it plays like an old Trent Reznor demo and takes all the precious little emotion out of the original. Chris P of Future Punx is up next, and serves up a similarly chilly take. Minimalist drum machine drums and shimmery synth and guitar create the template for Savages slightly echoed vocals. It works better than the Eaters version, but not by much. It does seem to pick up more effectively the hopeless emotion of the original however.

Overall, there is very little here that should be of interest to anybody but the most hard core Parquet Courts completionist. At best, Performing Human – with its inclusion of the original LP version serves to remind us that Parquet Courts wrote a really good song on a really good album earlier this year. Thats what we should go and listen to.