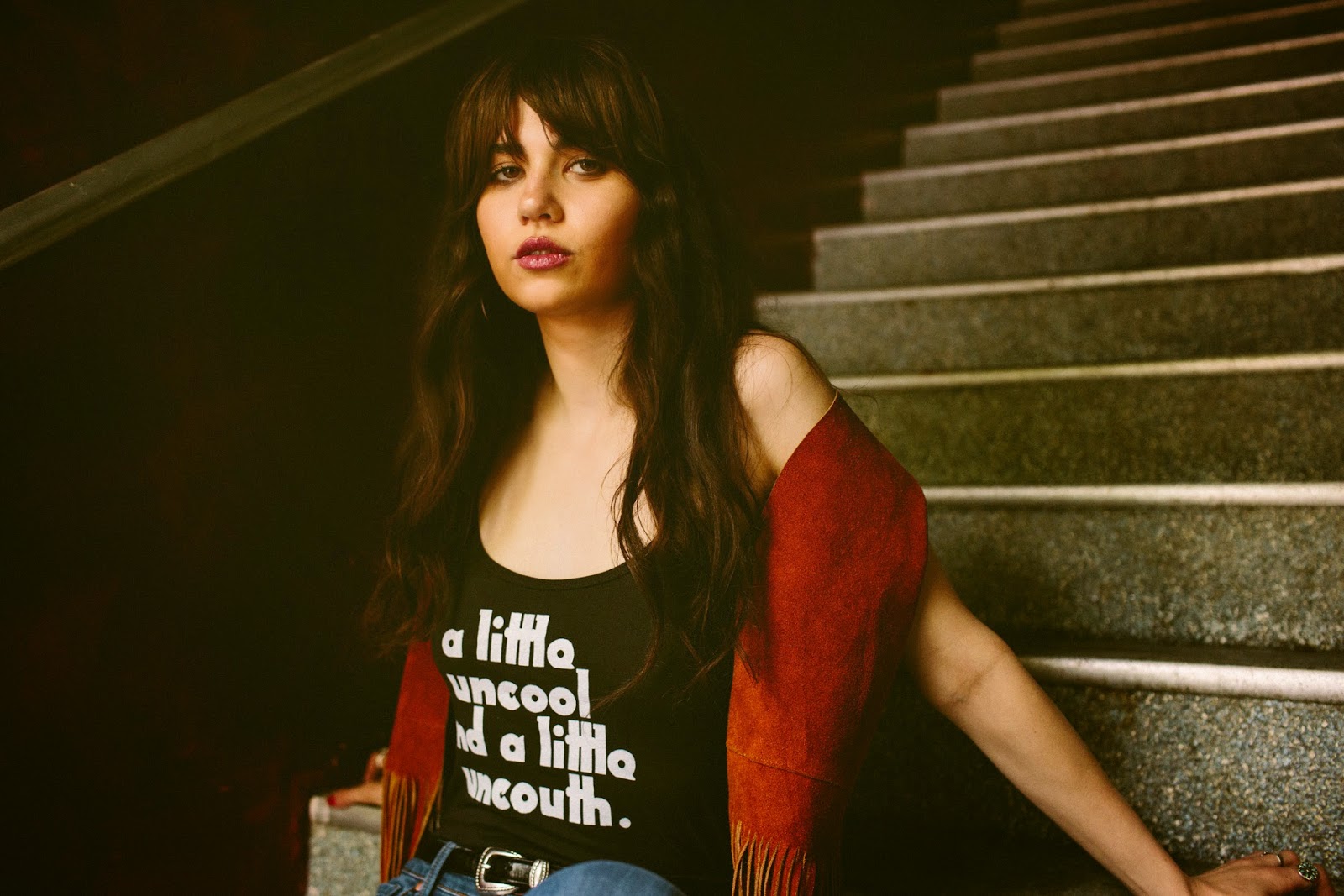 At the young age of 23, Pearl Charles already has deep roots in the Los Angeles music community. An LA Native, Pearl embodied California rock and roll cool even before she took her natural position as a figure in the local music scene (and beyond). Pearl started logging miles on the road with her first band, old-timey Americana duo The Driftwood Singers, at age 18, followed by a lengthy stint drumming and singing in garage-pop band, The Blank Tapes. The Blank Tapes toured extensively, along the way, Pearlcollaborated with artists such as Jonathan Wilson, Stephen McBean (Black Mountain), Farmer Dave Scher (Beachwood Sparks) and Johnathan Rice and toured extensively internationally supporting diverse artists such as Father John Misty, Matt Costa, Thee Oh Sees, Kim Deal, The Growlers, Allah Las and Mystic Braves to name a few, as well as earning a BFA in Music from CalArts.

Embarking on a solo career in 2015, Pearl is releasing a 6 song debut EP on Super Fan 99 this summer with the ever reliable Burger Records handling US duties.Pearl recorded her self-titled EP track by track with a select group of producers and a little help from her friends, many of whom are notable L.A. musicians in their own right including Joel Jerome (La Sera, Cherry Glazerr) and Taylor Locke (Rooney). Though she draws inspiration from the legendary scenes of the 60’s and 70’s, from Laurel Canyon to The Factory, from Haight-Ashbury to Muscle Shoals, she also counts contemporary artists amongst her influences such as Tame Impala, Mac DeMarco, Sharon Van Etten and Jenny Lewis, to name a few. .