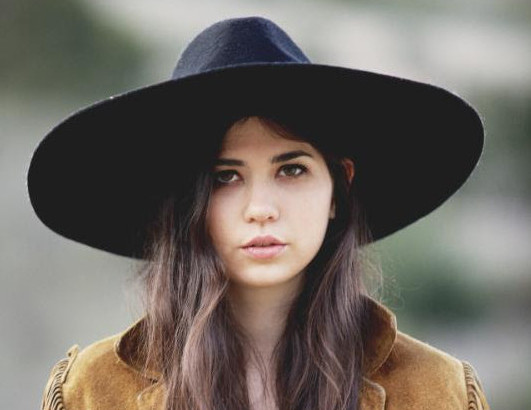 After releasing her self-titled debut EP earlier this Summer, Pearl Charles is back today to announce a limited edition 7″ that will be released tomorrow via SuperFan 99 in the UK and that the self-titled EP (expanded with new bonus tracks) will be available on vinyl via Kanine on Record Store Day.

In conjunction with the 7″ news, Pearl Charles will also be touring the US with Oklahoma’s Broncho this November with stops throughout the West Coast.

Embarking on a solo career in 2015, Pearl set out to solidify her own name and place by releasing a 6 song debut EP on Burger Records earlier this summer. Pearl recorded her self-titled EP track by track with a select group of producers and a little help from her friends, many of whom are notable LA musicians in their own right, including Joel Jerome (La Sera, Cherry Glazerr) and Taylor Locke (Rooney). Though she draws inspiration from the legendary scenes of the 60’s and 70’s, from Laurel Canyon to The Factory, from Haight-Ashbury to Muscle Shoals, she also counts contemporary artists such as Tame Impala, Mac DeMarco, Sharon Van Etten and Jenny Lewis as influences.