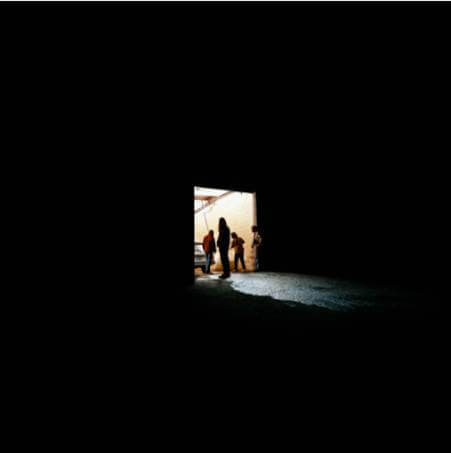 Peach Pit have shared a new video for "Vickie," the track is off the Vancouver band's forthcoming release From 2 To 3, available March 14th
Share on TwitterShare on PinterestShare on PocketShare on RedditShare on FacebookShare on Email

Peach Pit has released new song “Vickie,” the track is off their forthcoming album From 2 to 3, which arrives March 4 2022, and arrives alongside an official video that was filmed by their longtime collaborator Lester Lyons-Hookham and is reminiscent of the band’s visual for “Seventeen.” From 2 to 3 was Produced by Robbie Lackritz (Feist, Rilo Kiley).

In speaking about the inspiration behind “Vickie.” “I was hanging out with my friend Vickie a few years back, and we got to talking about her birthday which was coming up. Without me asking, she said ‘all I want for my birthday is for someone to write a song about me’. Anyways, I got the hint. I’d actually already started writing something that began with the line ‘If you lived right down the street’ and decided to make a song about what life would be like if Vickie and I were neighbors. Now years later the song is on our new record and you get to see the journey from my place to Vickie’s in the music video.”

Peach Pit will embark on a 52-date tour across North America, the UK, and Europe in celebration of their album release. With most shows selling out immediately, the band will kick off the North American leg on March 12 in Seattle, WA and perform for sold-out crowds in Los Angeles, Boston, New York, and more before concluding in Portland, OR on April 26. The band will then head overseas for the UK/European run, which kicks off in Dublin, Ireland on May 9. Peach Pit will play shows throughout the UK as well as in Paris, Amsterdam, Copenhagen, and more, with the final stop in Stockholm, Sweden on June 2.

Peach Pit
From 2 to 3
Tracklist

Up Granville
Vickie
Lips Like Yours
Pepsi on the House
Look Out!
Everything About You
Give Up Baby Go
Last Days of Lonesome
Drips on a Wire
2015
From 2 to 3

Pre-order from 2 To 3 by Peach Pit HERE