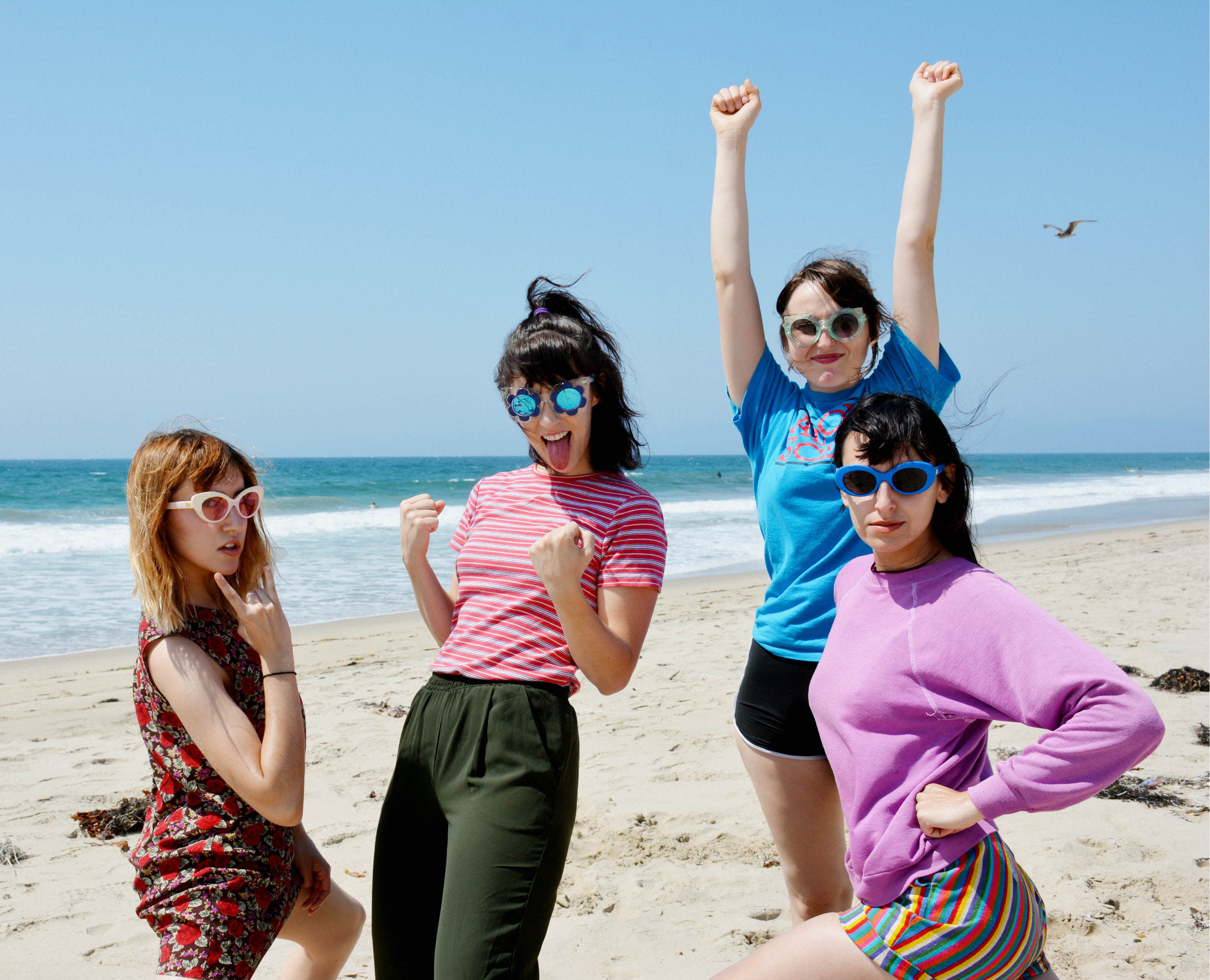 While it takes most bands years to even get one record out, Allie Hanlon (Peach Kelli Pop) managed to get out two within mere months. With Gentle Leader and Which Witch out for 2018, Peach Kelli Pop is going full-steam ahead into the next phase of their band, with more sonic exploration and even some different artwork too. We caught up with Hanlon in the midst of Peach Kelli Pop’s North American tour to discuss their change of pace and what is shifting with the band.

Northern Transmissions: Considering how much of a sonic step forward Which Witch was, it seemed like you were experimenting as a preparation for new material, is this why your two releases came so close together or was the EP more of a collection of tracks that just didn’t fit the LP?

Allie Hanlon: The story behind the 2 consecutive releases is actually a bit different. I had completely finished the Gentle Leader LP and had about 9 months between signing with Mint Records and when the LP would actually come out. Mint suggested I work on another release in the meantime. We decided to do a 7”, what ended up being Which Witch, and I made a bunch of short songs that could fit on it.

NT: What led to the more collaborative nature of Gentle Leader after mostly spearheading the music yourself for so long?

AH: Deciding to involve friends and band-mates was a choice based on efficiency in the studio, and also finding the right people who were talented and who understood the vision. It was great working with musicians that were able to do everything perfectly on the first take.

NT: How do you feel this process ultimately changed the music you were making?

AH: I think it ended up making the final product sound the best it could be. I can play a bunch of instruments, but asking specifically a bass player to play all the bass parts was a good move. I enjoyed writing the songs, playing rhythm guitar and then delegating the other parts to my friends who are better at different instruments than I am.

NT: What did Roland Cosio bring to the process and how did they end up playing on it as well?

AH: Roland was definitely the secret weapon on this record. He came to all the sessions we did and helped me pick guitar tones and make decisions on what we wanted to keep or redo. It’s incredibly helpful having someone you trust in those crucial moments. He mixed the record and I was able to direct him and work on getting each song sounding exactly how I wanted. He also played on a few tracks. He is an amazing multi instrumentalist.

NT: Considering how much this album jumps around in style compared to your previous efforts, how did you want to tie it all together?

AH: I’m not actually sure if the songs tie together. I kind of like when a record has a lot of variety in style and tempo. I consciously did this so the record didn’t become monotonous.

NT: How did Miza Coplin get involved for Gentle Leader‘s artwork and what led you away from your previous cover style?

AH: I really wanted to start fresh with our aesthetic and album art in hopes that it would keep us from being pigeonholed and categorized in the way we have been in the past. Leaving the old thematic album artwork we had used in the past was an attempt to do this. I was a fan of Miza’s artwork and commissioned her to make an original piece. I felt she would be a great match for the music.

NT: Coming from Ottawa myself it was interesting to see your band grow as you moved to L.A. so what’s been the biggest change you’ve noticed between cities?

AH: The biggest change is that there are more opportunities to work as a musician here. In Ottawa music is based around fun and friends, which I think is really important. My experience there had been very DIY. I had to learn about the music industry and existing in a more professional realm when I moved to Los Angeles.

NT: On that note L.A. is clearly presenting you with a lot of opportunities career-wise but is there anything you miss about Ottawa?

AH: I definitely miss the sense of community. I miss house shows & being able to walk or bike everywhere. I don’t really drink anymore because I’m always driving in LA.

NT: With so many releases back to back this year, what’s going on with the rest of 2018 for Peach Kelli Pop?

AH: We are doing a lot of touring! We went to Japan in April, are currently on a month long US/Canada tour and are going to Europe for a month in September.