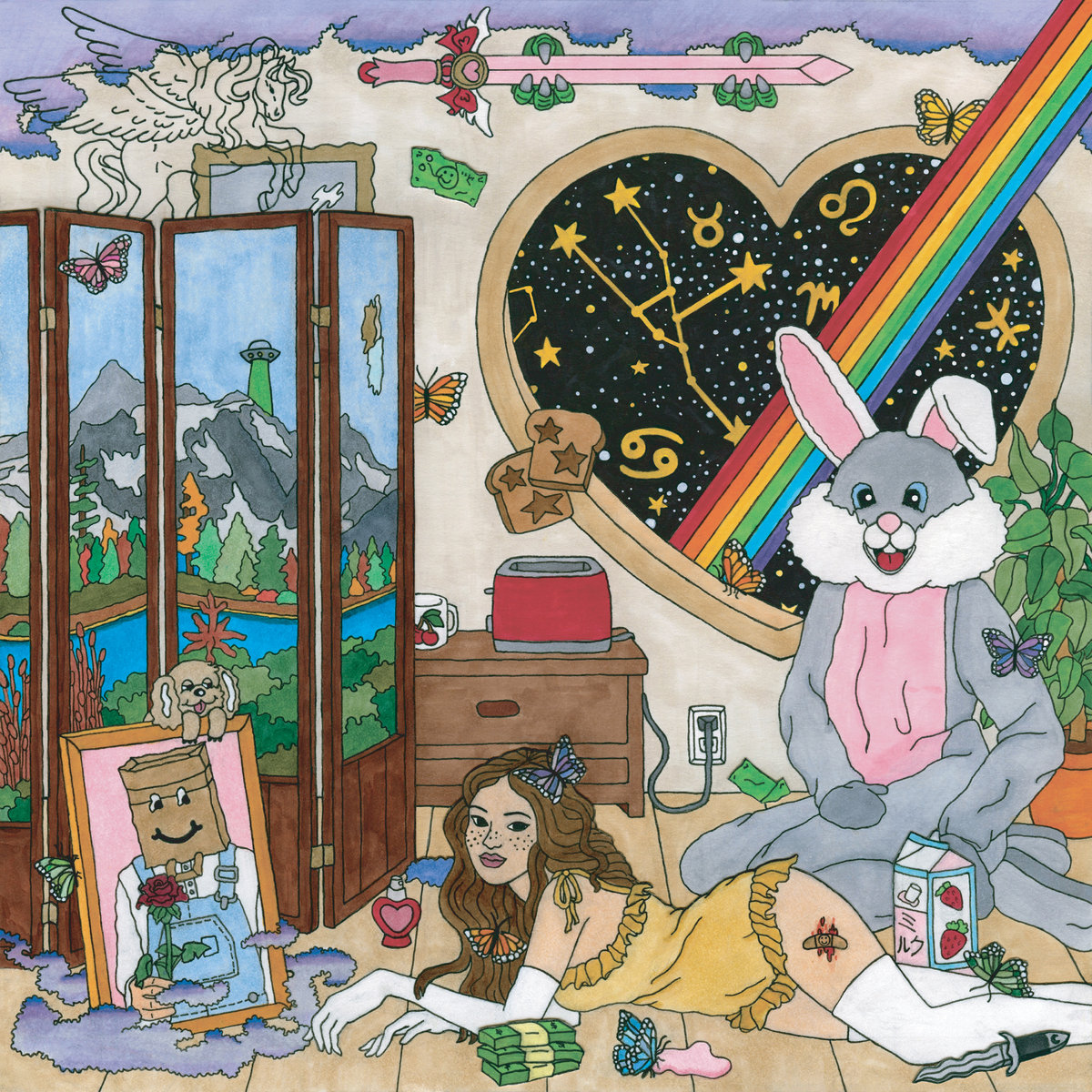 After her recent EP that barely cracked ten minutes of music, it seemed a little strange to see Peach Kelli Pop release an album that was more experimental than concrete. It turned out to be a great stepping-stone and turning point for her however as her latest album finds her starting to evolve her sound to somewhere new. Though it often feels 50% exploration and 50% classic Allie Hanlon, it will prove fun for her fans nonetheless.

Hanlon lets the album open with a roar on the ferocious shredding of “Hello Kitty Knife” as her sound takes on a surprisingly jagged edge to it. Even with all the distortion and endless riffing however, Hanlon makes a concise and consistently exciting pop song that continuously excites. Though it’s cool to hear a little more rustic instrumentation on “Honey” there’s just something missing in its overall sonic palette. This said, Hanlon mixes a strange harmonies with a straightforward writing style to hold it all together.

The electricity flying on “Black Magic” however kicks things right back up, as Hanlon is screeching and seemingly runs a guitar solo from start to finish. While there’s a bit of a samey feel to some of the music on this album, there’s such a sense of fun it’s easy to get caught up in it anyways. “Parasomnia” offers up a more demented campfire track, as Hanlon starts to warp her stripped back instruments to something new. By taking the calm and twisting it like this, Hanlon makes a song that is as deep as it is intimate.

Unlike many of the rapid stompers on the album, there’s a raw wail of feedback on so much of “Feedback” that makes every riff drop feel explosive. Using these fiery moments, Hanlon is able to use her range to make a song full of dynamics and powerful, punchy drops. The speed doesn’t ease up on “Black Cat 13” while Hanlon makes her own kind of demented nursery rhyme meant to get your blood pumping. While it does hit its peak early, there’s a catchy fun to its hooks taht will have you just as excited for its final choruses as the first ones.

“King Size” brings Hanlon’s writing into a strange new indie-folk energy, letting her unique voice and harmonies feel more unique. By pulling her into a completely new context, the song is a great stepforward for Hanlon as a songwriter. Hanlon returns to her usual sounds on “Don’t Push Me” for something decidedly fun but not exactly new for her. As exciting as many of the song’s like this on the record may be live, when Hanlon leaves them this bare they don’t stand out as well on record.

With this in mind, a song like “Cherry (That’s Not Her Real Name)” lets the more familiar writing serve as a basis for some cheeky and lyrically focused writing. The twists and turns of the story ride the chipper music and bring forth some of Hanlon’s more intriguing stories in some time. “Skylight” closes the record with a sombre and effects-heavy ballad, as Hanlon pulls you into her distraught state-of-mind. As one of the more sonically adventurous songs on the album it’s a dynamic and unusual way o close the record.