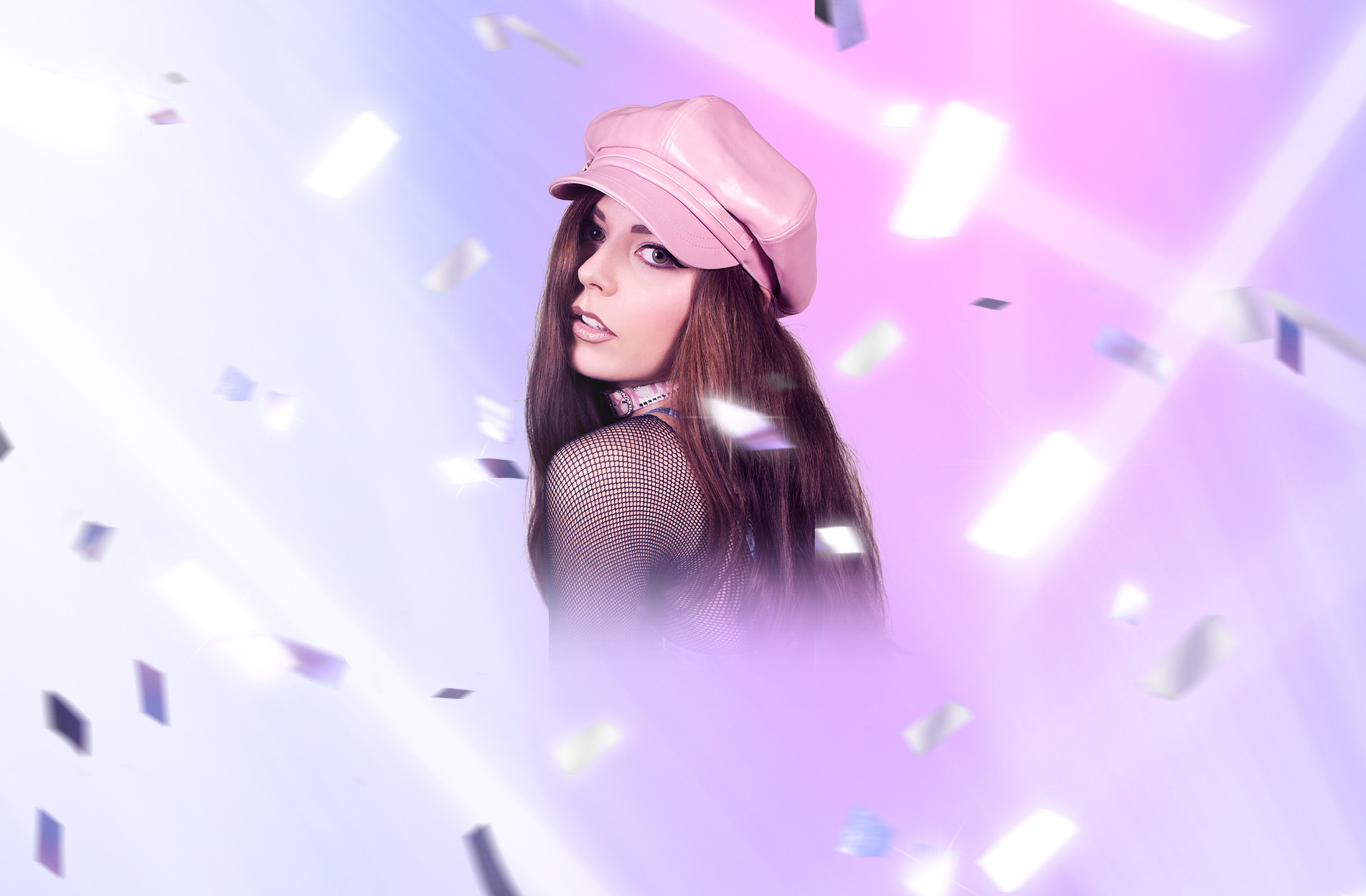 PC Music’s Hannah Diamond reintroduces herself with her new single “Hi”, the perfect follow-up to “Every Night”. “Hi”. Diamond is known for her glossy photography and ultra-perfectionist retouching skills as part of image-making duo Diamond Wright alongside William E. Wright, and this month shot two global campaigns for Charli XCX for Boohoo and Impulse.”Hi” is her very first music video. Directed by Bradley & Pablo, of QT’s “Hey QT”, and produced by i-D and BABY-G, the video for “Hi” brings Diamond’s hyperreal imagination and pop ambitions to life.

“The song is the story of an online relationship, not with one specific person, but with all the people you interact with, and how it can often feel really isolating in online spaces despite being constantly surrounded by others. It’s about interacting with people who often only show small segments of their life, and the dilemmas around authenticity that this presents. It’s been insightful seeing first-hand the conclusions people draw on what is considered ‘real’ with reference to people, and particularly girls, who live a lot of their lives in online spaces. As someone who has regularly had their own authenticity challenged since I started releasing music, this aspect feels very personal to me.

The intense, hyper real aesthetic that underpins my visual work is something that has developed in a really organic way. It all started when I was a kid. I used to draw all day long, sometimes for as long as 12 hours a day. Two of these drawings are actually in the video. As I got older I used to practice drawing things that looked as close to real life as possible. This is how I became interested in fashion imagery. I would rip the campaigns out of magazines and redraw them so perfectly that they were almost impossible to separate from the originals. After working out that I could push the level of fantasy to the next level by taking photographs, making images got 1000% more exciting.

To me this video marks the next part of this fantasy, and I’m grateful to i-D, Baby G, and the Directors Bradley and Pablo who have been able to help me articulate not just the message of the song, but also my journey in music so far.”

Founded by A. G. Cook, PC Music is home to a close-knit collective of pop songwriters and performers including Hannah Diamond, Danny L Harle and Kane West as well as associate projects such as XL Recordings’ artist QT.