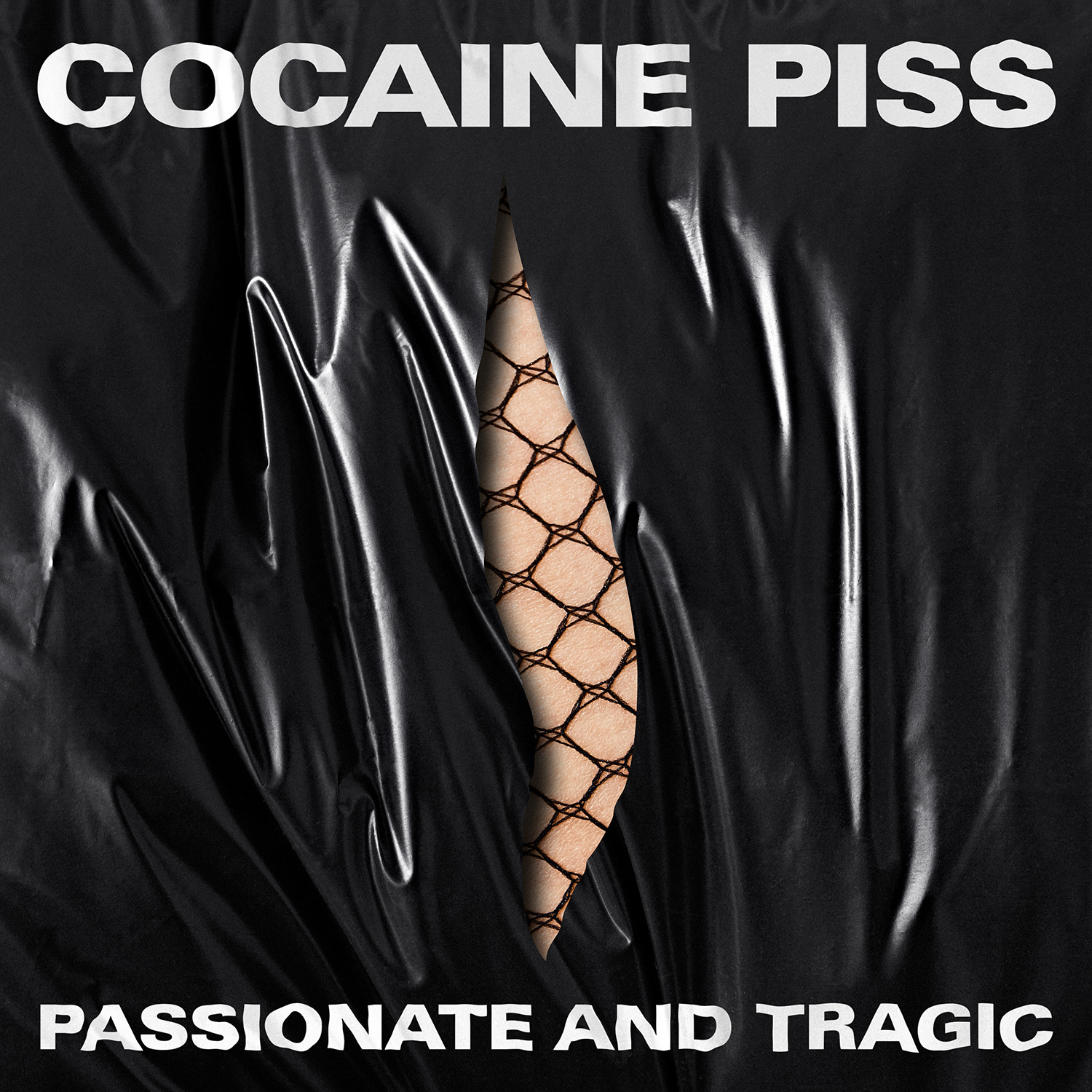 “12 manic, gender-bending noise punk outbursts committed to tape by Steve Albini” is the short and snappy tagline on Cocaine Piss’ Bandcamp page for the noiseniks sophomore outing ‘Passionate and Tragic’. Let’s be honest, with a name as decadent as Cocaine Piss, would you expect anything less than chaotic punk rock? The Texans via Liege, Belgium opt to blast through tracks that sometimes barely reach 1 minute; these are frantic, riotous barrages of caustic punk, bent and broken into bitesize mini-explosions, that splinter and shatter like fucked up cluster-bombs.

From the off, ‘Passionate and Tragic’ is rampant and in your face; the foursome convulse into action with ‘Sociopathic Friend’s feral shockwaves as vocalist Aurelie Poppins yelps like a woman possessed. Hollering “imaginary friend/I met you in my head” you know you’re in for an unhinged rollercoaster that could come off the rails at any moment. On first listen the quartet’s new effort is like an endurance tests, it’s confrontational and antagonist in its sonic assault. More so, Poppins yapped/yelped vocal style can be hard to palette at first but after a few spins, you find yourself embracing the chaos and wanting to throw yourself into the band’s dishevelled mayhem. With a track like ‘My Cake’, a sub 50 second explosion, the rage is tangible and rightly so; aimed directly at lecherous types who think they can grab anything and anyone they like, Poppins stares them in the face and screams “don’t touch my cake/you fucking fuck”, while ‘Fake Tears’ ragged assault has Poppins briefly adopt a spoken word approach that veers towards sardonic, as she states “I value your opinion very much” and “sorry I might have lost my temper/I apologise/I apologise/I apologise”. ‘Eat The Rich’ speaks for itself while ‘Dry Mouth’ is Cocaine Piss pushing hardcore and noise to its limits, with Poppins at the heart of the chaos like a crazed conductor. ‘Passionate and Tragic’ is brought to a discordant close by ‘Happy Ending’s violent and frantic scree.

Mostly definitely passionate (and not that tragic), Cocaine Piss’ second album rewards intrepid music fans that get their kicks from the more brutal and noisy things in life.