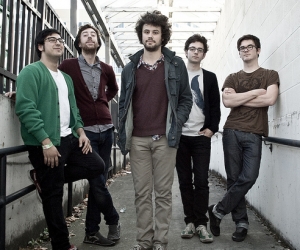 A year out from the release of their sophomore album Gossamer, Passion Pit have announced a fall headlining tour across North America, including festival appearances at the First City Festival, Boston Calling, Austin City Limits and North Coast Music Festival.  The tour also includes two shows at New York City’s Pier 36 on September 6th and 7th, where Passion Pit will offer discounted tickets to fans that purchased seats to the band’s sold-out February performance at Madison Square Garden, but were unable to attend due to a blizzard. Proceeds from these specially-priced tickets will be donated to the American Foundation for Suicide Prevention.

The tour will feature special guests The Joy Formidable on a number of dates beginning September 29th, with stops in Los Angeles (where Passion Pit will headline the fabled Greek Theatre), Atlanta, New Orleans, Salt Lake City, San Diego and many other cities throughout October and November.  A full list of dates are included below– tickets go onsale beginning Friday, July 19th, with a special fan presale kicking off on Wednesday, July 17th at 10am at PassionPitMusic.com.  All fans that purchase presale tickets will have the chance to enter to win a meet and greet with the band at the show.

^ With The Joy Formidable