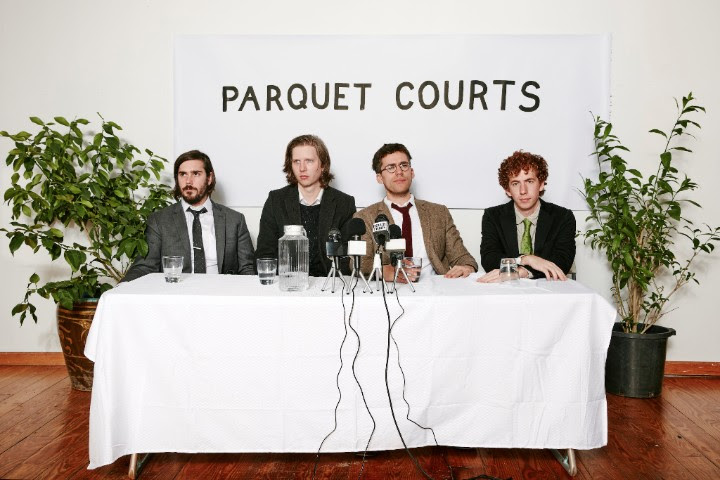 Parquet Courts’ Austin Brown has revealed that the band have recorded their collaboration with UGK’s Bun B on the song “Captive of the Sun,” which was first debuted on The Late Show with Stephen Colbert. The song will be released on a 12″ that will also feature a “Chopped and Slopped” remix of the song by legendary Houston producers DJ Candlestick and OG Ron C. The band have shared a teaser of the The 12″ will be released February 17th via Rough Trade Records. “Captive of the Sun” originally appeared on the band’s album Human Performance, released this spring via Rough Trade.

The band also announced early 2017 tour dates, as well as additions to their exciting, multi-media show at Knockdown Center in Queens on Dec. 10th. Joining the previously announced performances by Parquet Courts, Flasher, X_____X, and Joe Pera, and the films of Joey Pizza Slice, art gallery of A. Savage, and video installation by Eaters, will be performances by Sonic Youth’s Lee Ranaldo, Vanity, Eaters, and another special guest to be announced later.