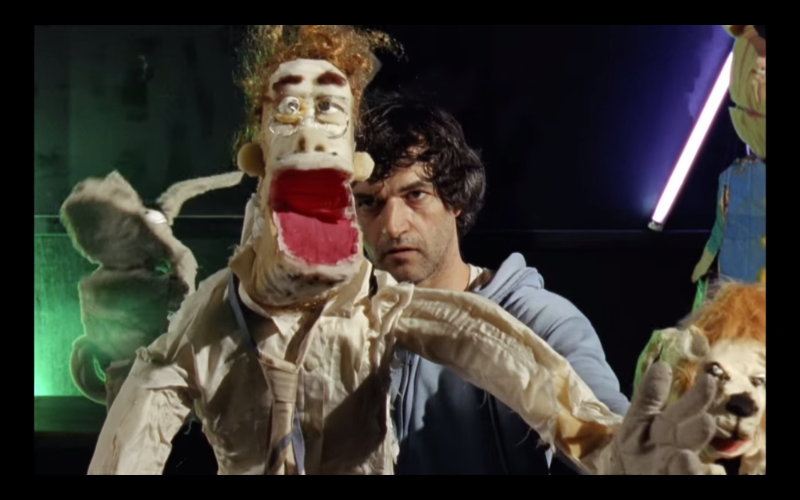 Today, Parquet Courts share the video for “Human Performance,” conceived, directed, and puppeteered by English visual artist (and Turner Prize nominee) Phil Collins. That’s right, we said “puppeteered.” In a masterwork of discomfort, Collins utilizes the tools of the storied school of German puppeteering to create a video that features the following: Parquet Courts as puppets, puppet violence, puppet sex, puppet/human relations, perhaps puppet love? Also, the band is announcing the August 19th release of the “Performing Human” 12″, which will feature an alternate take of “Human Performance” as well as remixes of the song by Eaters and Chris Pickering from Future Punx.

“I was thinking about the track and how it paints a breakup both elliptically and with such devastating directness,” says Collins. “And I wondered what it would be like if this drama was enacted not through naturalism or authenticity but through its partners in crime, doubling and artificiality. So puppets seemed an obvious choice.”

“Purple” premiered the video earlier today, along with a conversation between Andrew Savage and Phil Collins. “As I see it, humanity is something that’s partly performed and party instinctual. Like puppets, we sometimes are controlled by parts of ourselves that we never really become acquainted with, but are always there. This song is me confronting that shadow,” says Savage.