Juana Molina has released the eerie video to her single, “Paraguaya,” which is from her new album, Halo.

Halo is Juana Molina’s seventh album, and it pursues the experimental path she began years ago, marking a new milestone in the evolution of her own, unmistakable voice.

The twelve tracks in Halo abound with hypnotic rhythms which seem to draw their energy from immemorial rituals; with timbral explorations and ever-changing soundscapes; with mysterious lyrics often touching on witchcraft, premonition and dreams, always used as metaphors for emotional states; with voices which sometimes move away from word and meaning to be reduced to abstract phonemes and onomatopoeia.

Juana approaches music in a very physical, intuitive way: every instrument and electronic resource is an extension of her body, and is used to express feelings and moods. It’s magic, in its oldest sense: art or techné, which articulates knowing with doing, in order to produce something which didn’t exist before. 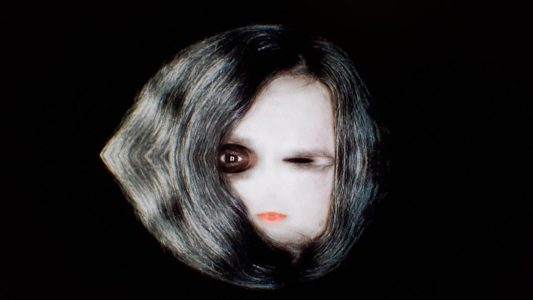