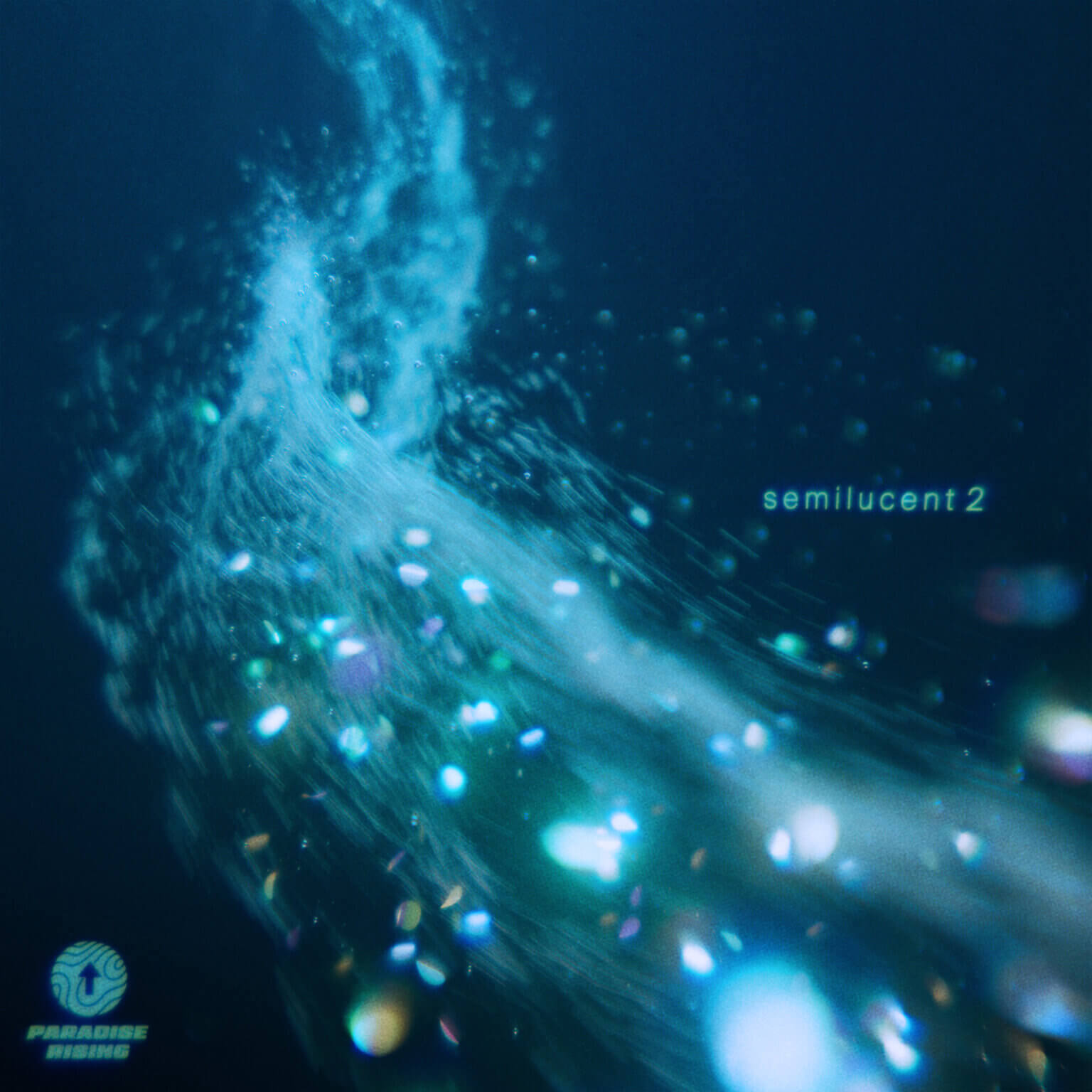 PARADISE RISING, 88rising’s sister label that launched in July of 2020 and dedicates itself to empowering, promoting and establishing Filipino artists, is announcing the release of semilucent 2 via PARADISE RISING/88rising Records.The new release, out today, October 4, 2021, arrives during Filipino American History Month, which is a celebration for all Filipinos — not just Filipino Americans. The new EP is the second installment to semilucent — a compilation album that came out July 31, 2020. The latest compilation, semilucent 2, features fresh, new artists both homegrown and diasporic.

semilucent 2, is a 5-track EP that provides genre-blending acoustics, memorable melodies and high-energy 808s, drawing inspiration from the darker mood that comes with the ending of summer and a longing for memories past. Highlights include recordings by the Vancouver Canada-based duo MANILA GREY; Philippine-native singer and instrumentalist Steven Peregrina; up-and-coming female R&B artist daze based out of Amsterdam; hip-hop powerhouse from New York CA Christian Alexander; seasoned rapper and songwriter Curtismith; and Filipino-American electronic producer standout Manila Killa with multi-talented global vocal artist Yuna from Malaysia. Each track from semilucent will have their their very own music video released on 88rising’s YouTube channel.

Filipino-American producer Manila Killa serves up new track “Reminisce (feat. Yuna)” and shows the eclectic nature of not only the EP as a whole, but within the song itself. On the track, he says “I started the instrumental track “Reminisce” during quarantine when I felt no pressure to create a specific type of music. It was during a time where I felt artistically free – there were no shows coming up and everything was at a stand still so I took the opportunity to try some things out I haven’t before. When I found out Yuna was interested in the track I was so so excited to work with her as I’ve been a long time fan. She totally understood the mood I was going for with the track and turned it from this fun disco demo into something raw, emotional, and reminiscent of better times.”

Malaysian artist Yuna, who’s featured on the track adds, “When I heard Manila Killa’s instrumental track (I think it was already titled ‘Reminisce’?) I was at a place in my life where I had to start being creative in a new environment. I was at home with my family, it was so different from what I’m used to. But listening to Reminisce just inspired me to write something emotional, about romanticizing the past or a memory that lives in your head forever. After I sent over my vocals, Manila Killa took that song to a whole new level, I was blown away. I’m so lucky I got to work with such a talented musician who understood the mood and the emotions of what I was singing about.”

MANILA GREY’s featured single “Island Baby” is an homage to women. Describing the song, he says, “The MANILA GREY sound is distinct, and we definitely wanted to bring a new vibe to semilucent. In Island Baby, we show love to all the beautiful women in our lives, women who represent the vibrancy and class of our culture, both in our home city Vancouver. Maarte is slang for high maintenance in Filipino, but it actually means artsy. We just wanted to flip that narrative into something fun, while showcasing the art and the grace. All the strong women in our lives have high standards, sometimes you need that energy you know? Like go ahead, it’s all good, feel yourself.”

Steven Peregrina’s “All Night” is the bop on the EP that fits perfectly with any party. He explains, saying, “All Night is all about good vibes, good times, and partying man! I was literally freestyling that time and whatever lyrics and melodies that came out, I instantly recorded it. haha! I’m super excited and ecstatic to be a part of semilucent 2 EP and Paradise Rising. I consider this song to be my “TakeOff” and y’all should be ready for me! So, Asia, here I come!”

Bringing the magic touch to the EP that only a woman can bring is daze with “Situation,” which she breaks down, saying, “Situation is about a relationship between two people who are in between love and friendship, or a situationship. Neither really want to admit how much they like each other, but the tension and passion keeps building until they both can’t deny it any longer. It’s a soulful song with layers and layers of melodies that express desire, connection, and taking a leap of faith.”

CA Christian Alexander and Curtismith comes in hot about the icy vibes that sometimes come with love in “Black Hearts,” which CA Alexander sheds light on, saying, “Black Hearts is a trap RnB song about how cold relationships can be. Welcome to the dark side of Paradise. Curtismith and I are excited to be a part of the semilucent 2 EP because we have an opportunity to represent the Philippines on 88 Rising’s global platform and inspire the next generation of artists to continue to keep pushing Filipino music culture forward.”