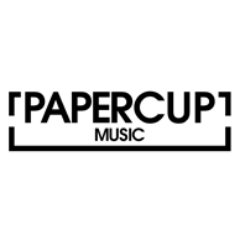 Brooklyn-based independent record label PaperCup Music, has announced the signing of two new artists to their roster, Tennis System and Weekender, both of whom will announce the release of new music in the coming weeks. This comes on the heels of the announcement of The Teen Age’s new 7″ single, “Matador”, which will be released on October 8. Stream the A-side, “Matador”, here.

Founded in early 2013, PaperCup Music is a Brooklyn-based independent record label specializing in vinyl and digital releases. Utilizing the combined experiences of its founders, a musician turned manager, and a major label attorney, PaperCup’s mission is simple – to release music by original, uncompromising artists. Committed to its artists and developing their careers, PaperCup Music believes in the simple motto, “good music speaks volumes.”

Tennis System have made now made L.A. home, moving out from Washington DC, where founding duo, Matty Taylor and Misha Bullock met back in 2009. The band has shared bills with the likes of Ty Segall, Wavves, Japandroids, Pains of Being Pure at Heart, Mark Gardner and Beach Fossils, and worked with Jeff Zeigler of Uniform Recording (Kurt Vile, War on Drugs, the Swirlies) and Fred Kevorkian (White Stripes, Pavement, Sonic Youth, The National). In the past year, the band has played Austin Psych Fest, L.A.’s iconic Part-Time Punks showcase and South by Southwest. Fresh off the release of a new single, “Technicolour Blind”, a title that appropriately sums up the band’s heady fever-dream past year, Tennis System will release a new EP this fall.

Weekender emerged from the patient minds of brothers Derek and Nic Sheehan, who over the course of a few years, and a few bands, were joined by Tom Anthony and Emily Cahill in late 2011. Their previous endeavors caught the attention of producer Kyle “Slick” Johnson (Modest Mouse/Wavves), who signed on to work with the band on their new material. Due to tight budgets and time constraints the recording amounted to a few weekend sessions over a year and a half, resulting in a debut EP, due this fall.