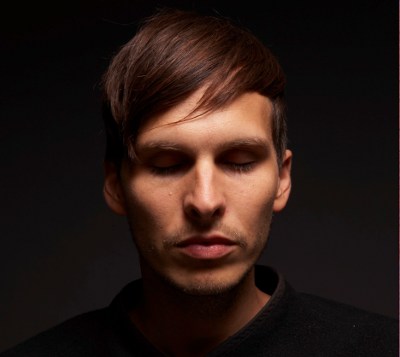 MUTEK and Red Bull Music Academy join forces for a very special addition to
MUTEK’s 14th edition, taking place in Montreal from May 29 to June 2: the
performance of Pantha du Prince & The Bell Laboratory at Montreal Symphony
House on Sunday, June 2. An iconic space for a singular project, this
exceptional event is made possible thanks to the special contribution of Red
Bull Music Academy, which celebrates its 15th anniversary with this
outstanding MUTEK 2013 partnership.

The Montreal Symphony House, a concert hall dedicated to the Orchestre
symphonique de Montréal, will provide a new space for electronic
experimentation as part of the MUTEK festival. The live Pantha du Prince &
The Bell Laboratory experience will give festivalgoers the chance to take in
the impressive room’s acoustic splendour. After many solo albums, celebrated
German electronic artist Pantha du Prince joined forces with The Bell
Laboratory, a Norwegian collective of carillon and percussion players, for
their collaborative album Elements of Light. An inspired amalgam of
classical and electronic music, this collaboration fully renders Pantha du
Prince’s melodious and orchestral touch, and will no doubt make for an
electronic symphony of the highest order.

Furthermore, that same night, RBMA will also partner with MUTEK for the
world premiere presentation of Borderland, the new collaborative project of
Juan Atkins and Moritz von Oswald – pioneers of the Detroit and Berlin
scenes, respectively. Capping off the festival as part of the Nocturne 5
event, this performance combines Moritz von Oswald’s dub and minimal
sensibilities with Juan Atkins’ looped and layered rhythms. The festival’s
final Nocturne event will also feature the performances of Dictaphone, a
German trio known for its striking cinematic atmospheres, and Holland-based
duo Juju and Jordash, whose oft-praised analog and improvised sets are bound
to leave festivalgoers on a high note.

Lastly, RBMA will also take part in a special Boiler Room showcase on the
last day of the festival. The product of a London/Berlin-based collective,
Boiler Room has become one of the most popular and influential online
platforms for electronic music. The collective throws intimate, invite-only
events that are streamed live with some of the most sought-after artists and
DJ talent. This MUTEK appearance will mark Boiler Room’s first ever stop in
Montreal.