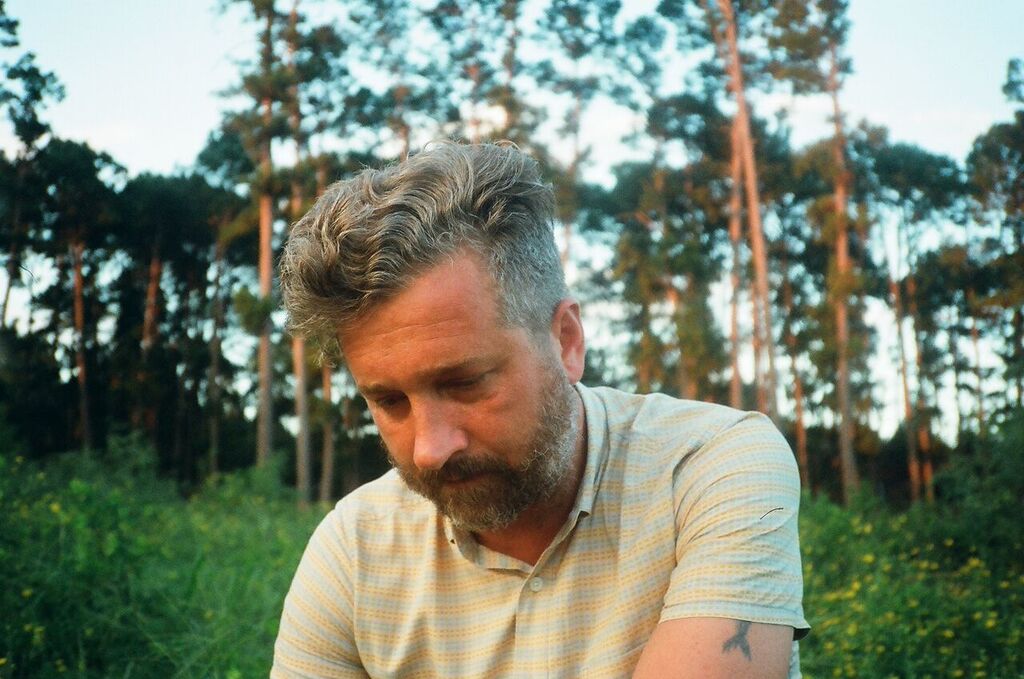 “Embers is a song that started off as a Voice Note on my phone. I record a pretty extensive log of song ideas and melodies so I can circle back around to them once I have time and space to write and prepare for the studio.

Palo Duro is described the pulsating, technicolor universe of Michael J Winningham, an Austin based songwriter previously fronting the band Gold Beach. In July 2012, Michael reached out to his childhood friend, producer Sam Cohen (Kevin Morby, Benjamin Booker) to continue work on a new Gold Beach record. As teenagers, Sam helped Michael arrange his first song at a house party in Houston TX. They were 16 years old at the time. Fast forward many years later and this creative synergy proved to be strong—Instantly, in the studio, exciting and bold ideas emerged. Collaboration and endless possibilities informed the arrangements between Sam, Michael, and keyboardist Carlos

Orozco, and a new spirit was born. This was no longer Gold Beach. Two years flew by and a rotating cast of musicians were invited to join the recording process. New songs emerged from studios in Wimberley TX, New York City, and Los Angeles. In this time, 23 songs were recorded, and eventually, Michael would name the project Palo Duro. In the summer of 2016, the music was introduced to 30th Century Records founder Brian Burton, aka Danger Mouse, and plans began to release the music. The first single, Darken the Glow, is a William Onyeabor inspired pop song with scaling guitars, a dirty back beat and a chorus that soars in the direction of Quincy Jones. Darken the Glow embodies the trust, the celebration, and ultimately, the creativity of this body of work and the people involved. It releases on March 10th worldwide, along with B-Side companion track, Surrender, by the late great synth/punk duo Suicide.

In this case I was coming in to the studio and “surprising” the band with the songs, having never introduced them to a demo or any kind of acoustic performance. Embers was tough because I had the screams and the bass line as the centerpiece and I had to convey this structure on the spot. Sam Cohen (Producer) played the bass and lead guitar, Carlos Orozco played keyboards and Tony Daugherty played drums. We came up with an arrangement that felt good, but I could tell everyone was still a little confused on the overall vibe.

It wasn’t until I screamed on the intro then sang through the first verse that everyone really became excited. From there the song just took off. We made it big and bold as I wrote lyrics about a pretty transitional period of my personal life and literally the vision I had one night of being out of body and seeing my former self lying listless and gone. It’s supposed to be a celebratory piece of music praising a new birth of ones self. It’s full of both love and distortion. ”