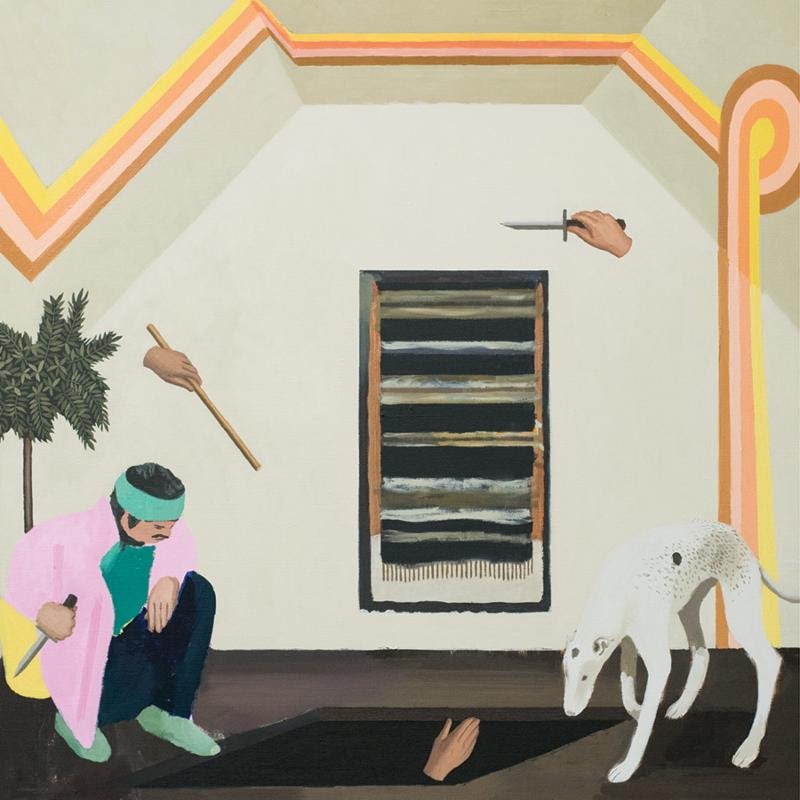 Few bands want to take risks anymore, so it’s refreshing to hear a band pushing their eccentric writing as much as Palm does. On their latest release, Philadelphia’s most off-kilter art-rockers let loose such a rhythm and percussion-fueled record that melody often feels second fiddle. Though sticking to their guns on style is certainly a nice change of pace, the album will certainly be a testing listen due to its heavy doses of repetition and clashing tones.

There’s a child-like wonder to the clanking sounds that permeate the album, but it’s never quite as jarring as when it hits you on “Pearly.” The slapping quality to so much of the sounds here make the glossy delivery of all the chorus chants all the more sublime. “Composite” flips this into more romantic energy, as they seem to emulate the Beach Boys with a menacing darkness. Though the song often reaches an overwhelming level of chaos, the sense of release its choruses offer is utter bliss.

“Dog Milk” rolls with continuously off-kilter energy, making so much of it an unnerving journey until it finally decides to satisfyingly ride a note for a few bars. While this could create a lively sense of energy, the non-stop percussion can often leave you holding out far too long for it to settle into something. This loose energy continues on “Forced Hand” with a much rawer sense of energy to justify its discordant sound. While it may be a tad hard to really hold onto, you can definitely feel the energy between it all a lot better on this track.

Palm make sense of the chaos however on “Theme From Rock Island,” as they tie it all into a sound, giving their eccentricities more of a personality than feeling aimless. The focused vision on the track also leaves it from ever feeling like it valleys during its brief run. They also spin their dynamic monotony into something fresh on “Bread” where the layered vocals feel all the more expressive on the repetitive percussion. The ramp up in the song’s finale is also quite a hefty rise as the sudden uproar of drums throws the song’s ending into frenzy.

The shift in writing is mystifying on “Color Code” as the band tumbles joyously before letting their riffs loose every few bars. This structured chaos makes so much of the relentless zaniness of the album work better than before that it feels like a breath of fresh air. “Swimmer” has a similar sense of stop-and-go mechanics to its flow, but it builds much more tension through its evolving sonic pallet. This unfortunately does a lot of the heavy lifting, since much of the track seems to repeat to tightly to stay interesting.

“Heavy Lifting” however is a well-balanced attack of a piece, letting each of its abrasive hooks stand on their own to really hit with the right intensity. Punchy and dance-heavy between any 20 second chunk, the track shows the band at their most versatile and ecstatic. “20664” hones in on the band’s retro synth sounds beautifully to create a song that is at its core an interlude. They do close strong however on “(Didn’t What You Want) Happen” as they shed a lot of the frantic arrangements for spacey atmosphere and tear of sounds that makes so much of the album seem overcrowded. 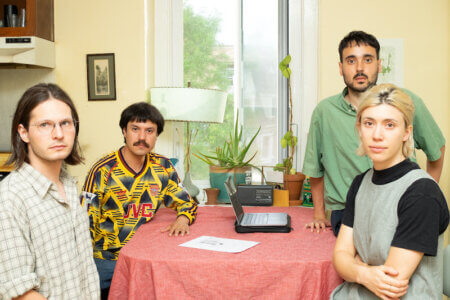