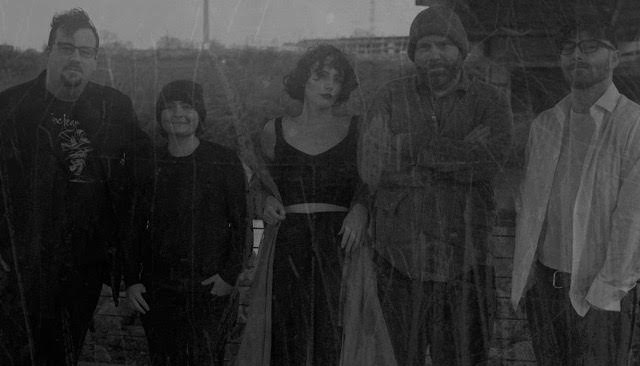 Today, sees the debut of Nashville’s Palm Ghosts’ new single “Who Knew Me Better Than You”. The track is off the quintet’s forthcoming release Architecture​​, out June 8th, via Ice Queen Records.

Palm Ghosts led by songwriter / producer Joseph Lekkas. Having spent the early aughts playing in Philadelphia bands such as Grammar Debate! and Hilliard, Joseph took a long hiatus from writing and performing music to book shows and festivals in Philadelphia.

Palm Ghosts began in early 2013 as a creative outlet for dealing with a severe bout of depression and anxiety that left him incapacitated. Discovering that music was his only path through the mire, Joseph spent a particularly long Philadelphia winter recording a batch of introspective songs that was to become the first Palm Ghosts record, a tapestry of lo-fi indie folk and dreamy pop he christened Sun-damaged American music, which featured Joseph accompanied by drummer Walt Epting and Vince Tampio on trumpet.

After a short tour in 2013 supporting the release of the first record, Joseph packed up his belongings and headed south to Nashville to take part in the southern city’s musical renaissance.

Joseph set up a small home studio in the guest bedroom of a rental house on Greenland Ave in East Nashville. Two years later, in February of 2017, he released Greenland, Palm Ghosts’ second record, consisting of 15 songs that walk the line of electronic, folk and indie music, a collection clearly influenced by the song-is-king culture of his newly adopted city, featuring Joseph with Erin Nelson on drums and Benjamin Douglas on guitars and keyboards.

In May of 2017, Joseph began work on his next project, a cinematic dream pop / dark indie LP celebrating his favorite sounds from the most colorful of musical decades, the 1980s. Influenced by groups such as Cocteau Twins, Peter Gabriel, Dead Can Dance, New Order and The Cure, he began sketching song ideas to create the lush, cinematic arrangements he was hearing in his head. The fruit of his labors, Architecture, is nearing completion.

Joseph Lekkas on “Who Knew Me Better Than You”

“Who knew me better than you” was the first song written for the new Palm Ghosts record “Architecture”, out June 8th on Ice Queen Records. It signaled a change for the band from the electro-laced dream pop of former singles to more darker post punk leanings, a la The Cure and early Dead Can Dance.”