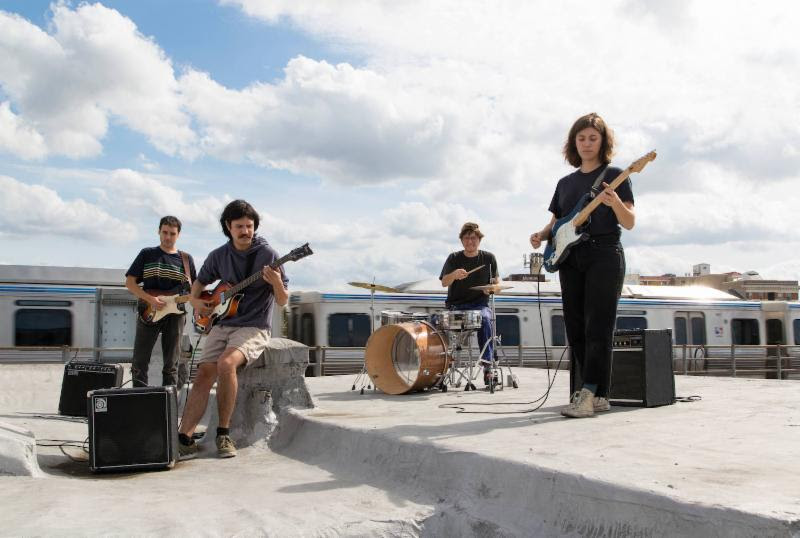 Philadelphia, PA’s Palm has released a music video for “Dog Milk”, the most recent single from its anticipated upcoming album, Rock Island. Rock Island is available pre-order now and due out 2/9 via Carpark Records.

Additionally, Palm is hitting the road next month on a tour that includes headlining dates with support from The Spirit of the Beehive, an album release show at Brooklyn’s Market Hotel and a stop at SXSW. The band will also support Deerhoof on select dates in January. Tickets for all shows are available now on the band’s website. All dates below.

Advance reviews of Rock Island, their second LP, state that Palm produces evidence of a distinct musical language, developed over time, in isolation, and out of necessity. On the island, melodies are struck on what might be shells or spines. Rhythms are scratched out, swept over, scratched again. Individual instruments, and sometimes entire sections, skip and stutter. There is the sense of a music box with wonky tension or a warped transmission in which all the noise is taken for signal. Like other groups so acclaimed for their compulsive live show, Palm has been burdened by the constant comparison between their recorded material and their touring set. On Rock Island, they render this tired discussion moot, using the album form to present that which could never be completely live, reserving for performance that which could never be completely reproduced. Working again with engineer Matt Labozza, the band spent the better part of a month in a rented farmhouse in Upstate New York. With the benefits of time and space, Palm recorded the various elements piecemeal, only rarely playing together in groups larger than two or three. While some members tracked, others holed up in the next room, experimenting with quantization, beat replacement, and other methods borrowed from electronic music.