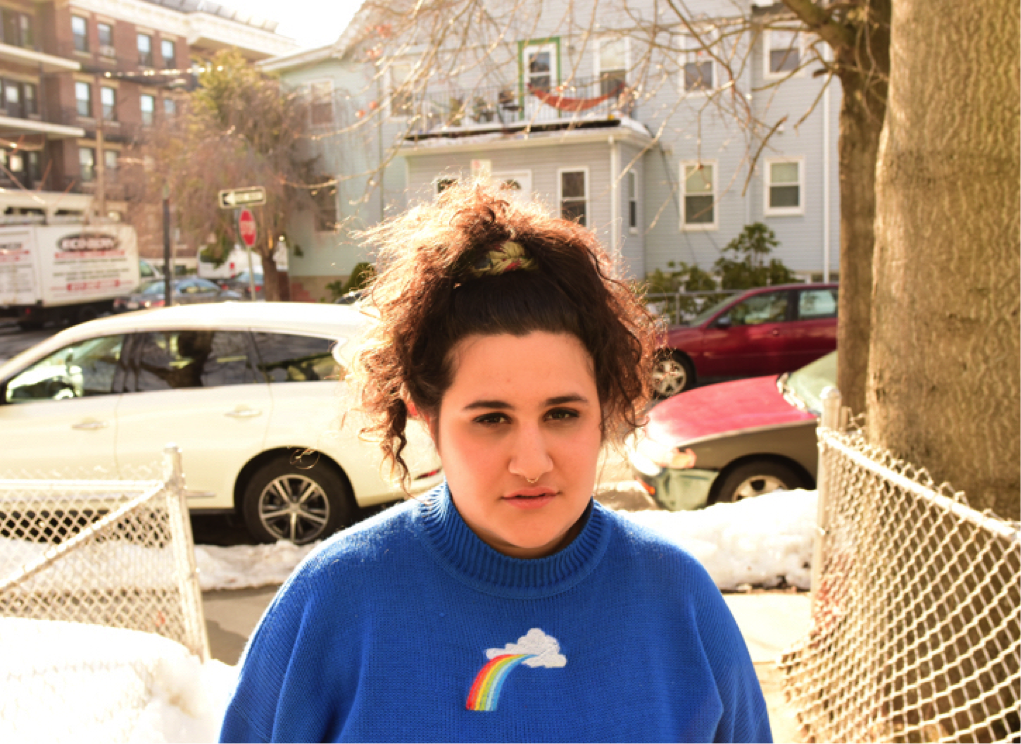 Palehound, the Boston band, lead by creative force Ellen Kempner, has revealed, their new album A Place I’ll Always Go, will be released June 16 on Polyvinyl Record Co. The album is described as, songs about love and loss, cushioned by indelible hooks and gently propulsive, fuzzed-out rock. As Kempner explains, “A lot of it is about loss and learning how to let yourself evolve past the pain and the weird guilt that comes along with grief.” Today, the band shares the video for the single “Flowing Over”.

Ellen Kempner on the video:

The video offers a look at the tight-knit community, showmanship and sportsmanship of the bombastic Boston League Of Women Wrestlers (BLOWW). “The first time I saw BLOWW perform, their energy was so intoxicating that I couldn’t get them out of my mind for days” says Kempner. “Watching other women/non binary people exert so much of their time and energy into their passion, I immediately felt inspired to step up my game.”

“Working on this video was a dream come true,” added Heather Mack of BLOWW. “It was so cool to have a chance to document the real life, behind-the-scenes process of stepping into our badass rasslin’ personas, from wig taping to trash talking to the main event, where we got to show off our chops in a fun, supportive environment. We are huge fans of Palehound and were so honored to be asked to represent the energy of this song in such a unique and powerful way. Cheers and chokeholds!”

Since forming in 2014, Palehound—Kempner, drummer Jesse Weiss (Spook The Herd), and new bassist Larz Brogan—have taken their plainspoken, technique-heavy indie rock from the basements of Boston to festivals around the world. A Place I’ll Always Go builds on the promise of Palehound’s critically acclaimed 2015 album Dry Food with songs that breathe Kempner’s evolved maturity, while asserting her core artistic fire.

A Place I’ll Always Go, which channels feelings of anxiety — heart-racing moments both exhilarating and crushing — into songs that feel well-worn and comforting. The album was recorded at Brooklyn’s Thump Studios with the assistance of Gabe Wax, who also recorded Dry Food.