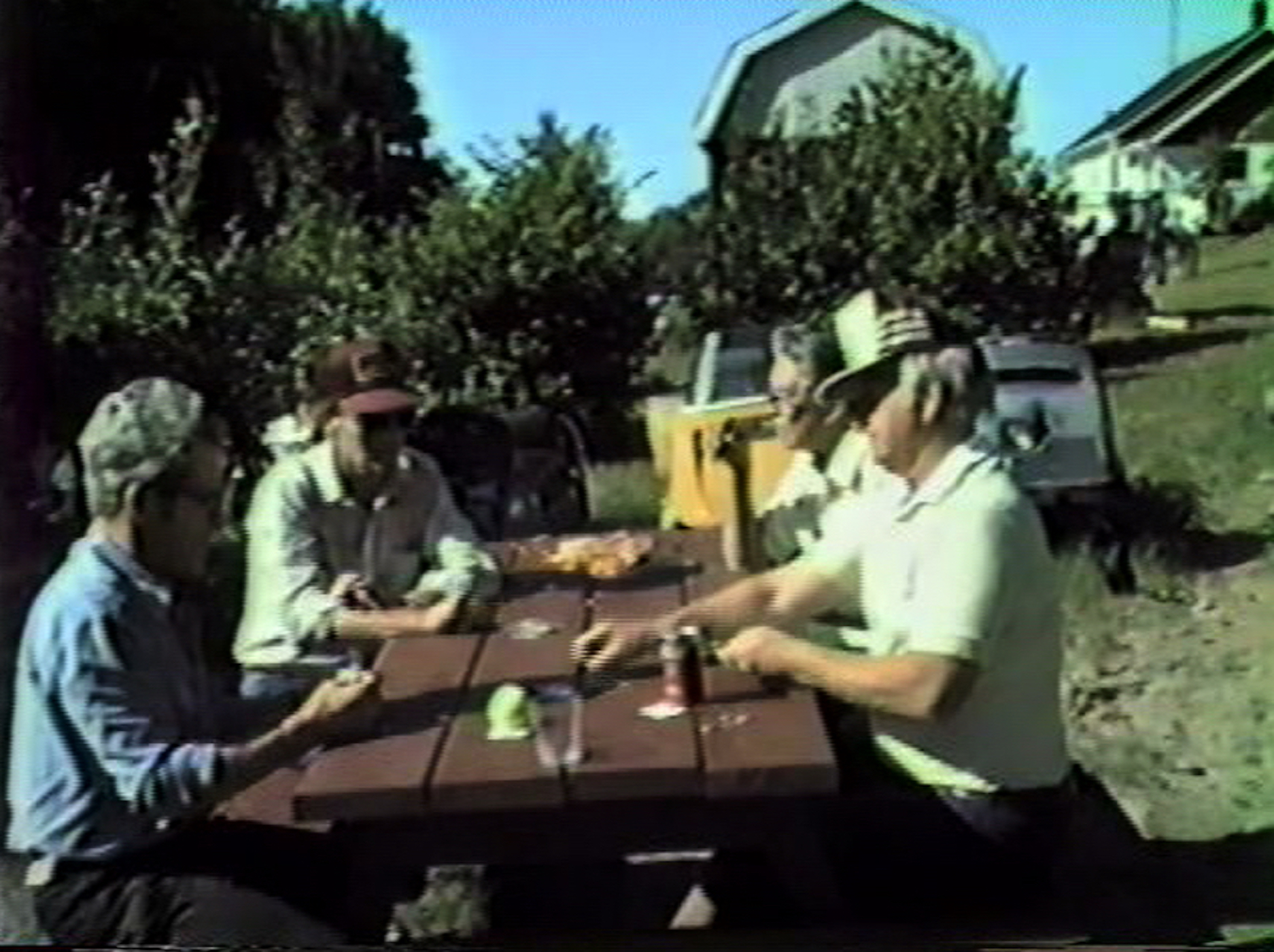 Owen Marchildon’s new album Please Pass The Potatos was recorded and mixed in various spaces throughout Toronto by long time collaborator Jordan Bruce, the 7 song album finds Marchildon! “reflecting on the simplicity of happiness, seen through the lens of family life.” The album is out May 4th. Today, Owen is sharing his brand new video for “Sweet Potato Kisses”, and a few words from him and his uncle.

“Today I wanted to show you a video for my song ‘Sweet Potato Kisses’. The song is from my tenth album Please Pass The Potatoes, out May 4th. The video was made by my uncle John in the 80s. So I’ll let him take it from here

My name is John Paul Marchildon. I’m Owen’s (Marchildon!) uncle. I bought a video camera back in the mid eighties to film family get togethers. As with a lot of things i’ve acquired over the years, the camera and all the footage found its way into a box in the basement. We received an email from Owen about a year ago wondering if we still had the old footage of him and his cousins on his grandfather’s farm and the time spent up in Penetanguishene for family reunions. I had completely forgot about the video camera. I also thought it was an odd request. But then again it’s Owen. He’s always up to odd things. Anyways, my wife Mary dug it up out of the basement and sent it Owen’s way. Owen digitized the old VHS C tapes and had his friend Valerie Callam edit the old footage to a couple of songs he’s putting out. Maybe it’s an album. I don’t know. Owen’s always up to something.”