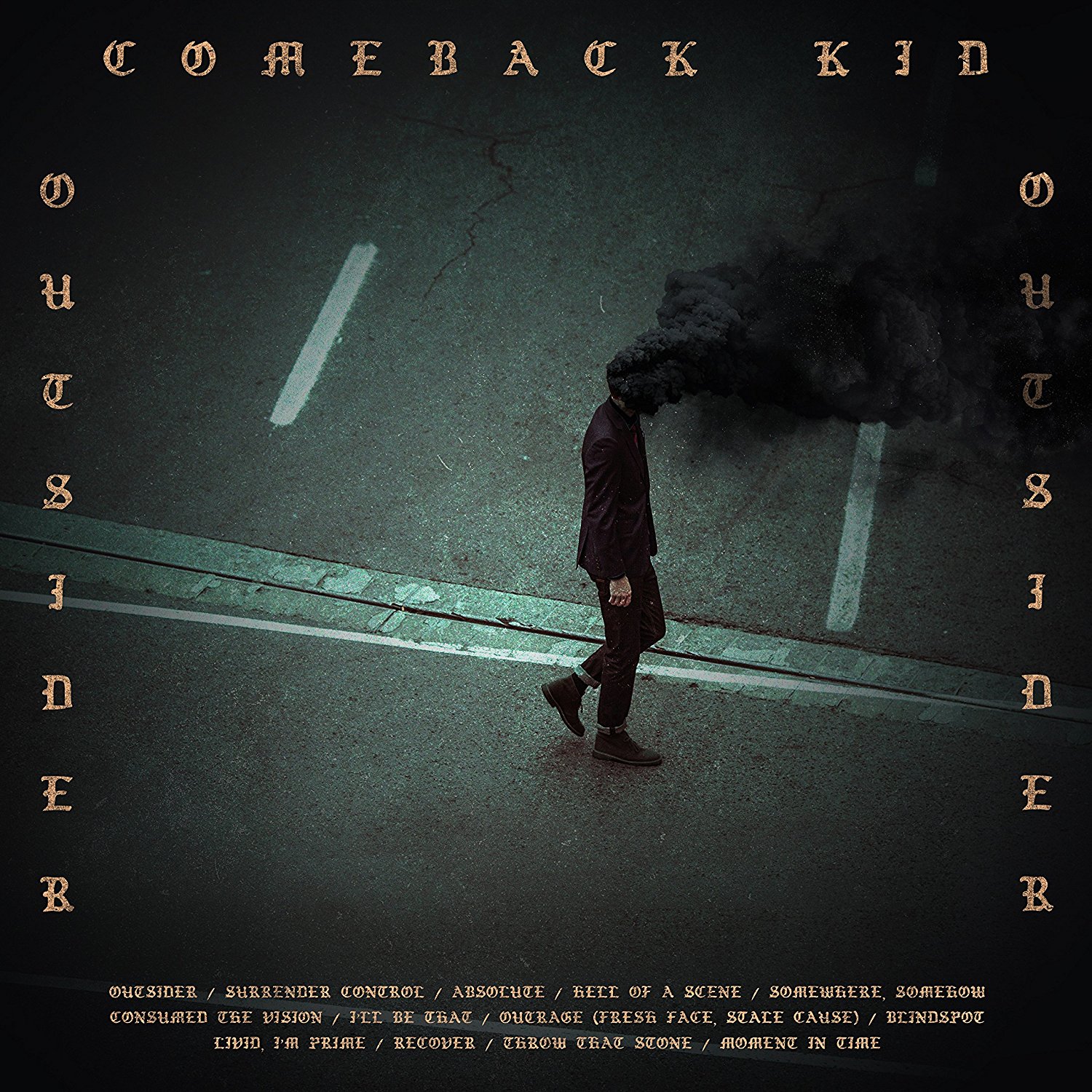 After nearly 20 years as band you’d forgive Comeback Kid for dialling it in when it comes to their sixth LP ‘Outsider’. However, resting on their laurels isn’t on the Canadian band’s agenda, in fact complacency doesn’t factor one jot as far as the quintet is concerned. For their new record, the band took up production duties so to take full control of what would become ‘Outsider’. Bigger and better were the main objectives for Comeback Kid “we wanted to make some more bangers, but kept the big, loud, in-your-face production” is how vocalist Andrew Neufeld summarised the album’s conception to Northern Transmission’s very own Owen Maxwell. To delve into the band’s mindset further, Neufeld also divulged “with this new record, we wanted those heavier aspects to bring the pop aspects to the front of the album”. Suffice to say ‘Outsider’ is custom built to ignite circle pits, as well as sing-a-longs.

This is a record that’s as brutal as it is catchy; the first half of the album intermingles poppier moments with some full-throttle hardcore punk, albeit tinged with some forays into metal but the second half rattles through at a helluva pace, harnessing the speed and impact of the heavier side of their arsenal. The album’s eponymous track and lead single, ‘Surrender Control’ kicks off ‘Outsider’ and here you get the first taster of the band’s lust of the aggressive, underpinned by the kind of arms-aloft adulation you’d expect at basement hardcore shows and chaotic festival sets. ‘Hell Of A Scene’ pushes the two sides of Comeback Kid to their limit; part 100mph out of control hardcore, part Gaslight Anthem-like…errr…anthem!

When Comeback Kid veer towards the metal-side of brutality, things sound a little formulaic but these moments are few and far between; ‘Outsider’ sounds vital when the Winnipeg outfit push their hardcore punk personality and as Neufeld said, the heavier the band go, the pop aspects are then given more limelight. ‘Recover’ is a prime example of this, as big throated choruses buddy up with caustic bursts of punk noise. The same can be said of ‘Outrage (Fresh Face, Stale Cause)’ which takes a darker turn with both band and Neufeld sounding noticeably ire-fuelled. The frontman can be heard spitting venom about “fascist values” – these words taking a more poignant turn given the recent unrest in Charlottesville, USA. The track ends on a violent full stop with Neufeld barking “be aware” – acting like a call to arms against the fucking white supremacists and their ignorant hate fuelled agenda.

‘Outsider’ maybe where two worlds collide but Comeback Kid have managed to create a near-perfection microcosm for these songs to live in.