Our interview with sister duo IBEYI 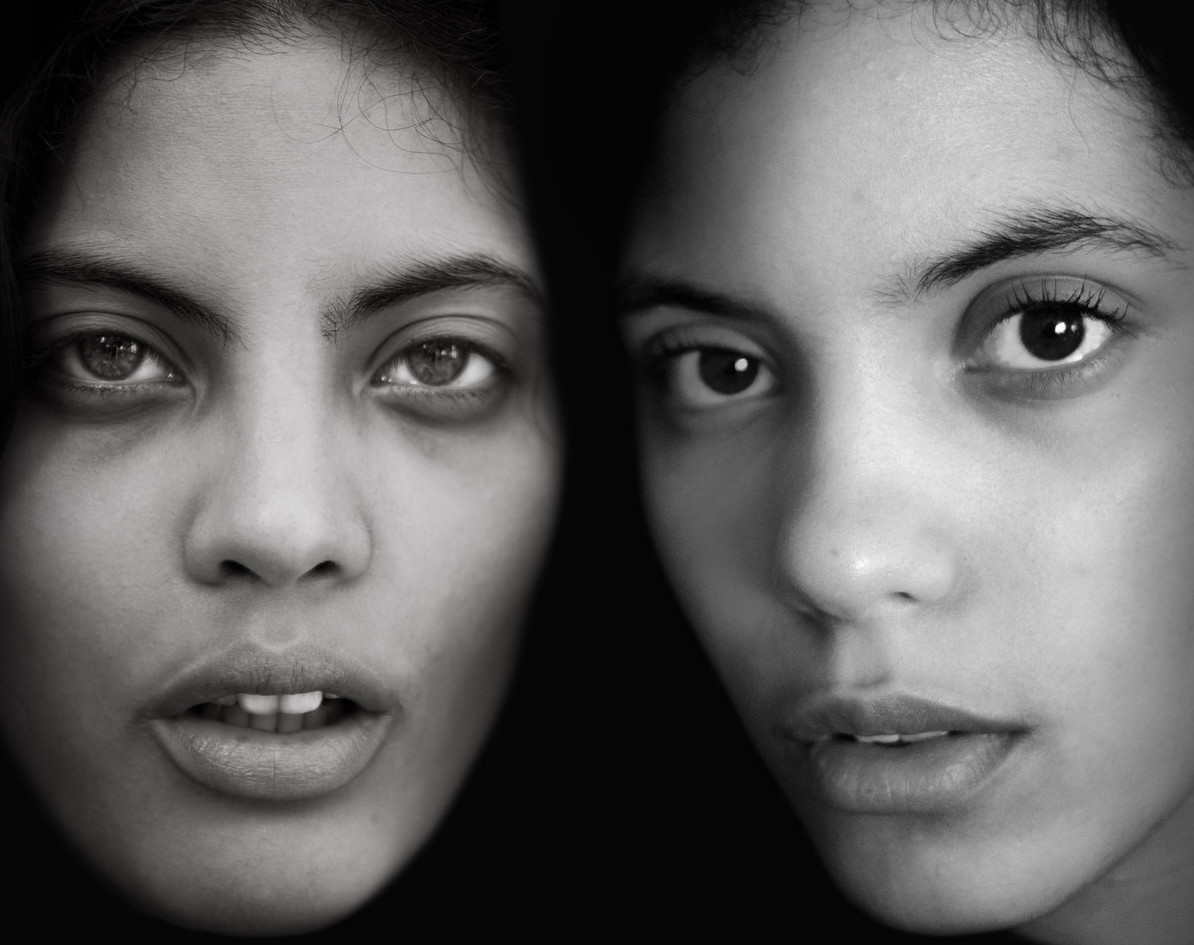 Skype has a renowned reputation for making anyone that uses it look ten-fold worse than they do in real life. A reality that I was dealing with as I looked at my tired looking face in the thumbnail at the side of the screen waiting for the members of IBEYI’s webcam to load. Suddenly I hear a “Hello?” in a beautiful French accent come from my speakers and the image of Lisa-Kaindé and Naomi Diaz comes into view… both looking positively stunning, elegantly smoking and relaxing in their Paris apartment. Not only do the Cuban-French sisters have a look that any record label, or really any person would fawn over, they are are some of the most musically gifted and culturally apt new artists to debut their sound in a long while… oh ya, and they’re 19 years old. It has become widely known that their father, the late Anga Diaz, was a member of the Grammy winning Buena Vista Social Club, and while the album is dedicated to him, the girl’s foray into music truly started independently following his death in 2006. It was in that moment that Naomi decided to pick up her father’s primary instrument, the cajón – thus starting the first incarnations of music the girls would make together. Years later, Naomi and Lisa have created a truly unique sound with much of their inspiration deriving from their ancestral background in the Yoruba (a culture brought to Cuba from West Africa) and harmoniously melding those traditions of their people with their interests in more contemporary genres, like hip-hop and electronic music. This harmony of sounds is what attracted owner of XL Recordings, Richard Russell to not only sign the girls, but produce their album as well. Their self-titled album is a wickedly impressive debut from a duo that seem to have this musical prowess deeply rooted in their DNA.

NT: You’ve said that one of your favourite records of your father’s is Echu Mingua, where he blends so many different genres, from cuban folk music to contemporary hip hop, is that sort of where you noticed this meld of traditional and modern works?

LKD: It wasn’t really a conscious choice. We sort of recorded the album first then looked back on it an realized that’s what we had done… make an album in the same way our father did, but we didn’t go into it thinking that’s what we were going to do. It just sort of happened that way.

NT: You mother imparted to you a lot of old folk songs of the Yoruba.. Music seems to be in your DNA, with your mother, with your father, with each other… I ask a lot of bands if this process of releasing a debut record seems insane, but do you feel like this was really meant to be?

LKD: It was a bit of a surprise honestly, this was really crazy for us. We did not plan to make an album… but when we started recording it it was very easy for us. We did it very quickly. It felt very natural.

NT: You dedicated your album for father, member of the Buena Vista Social Club, and also for older sister, what can you tell me about that?

LKD: Our sister and our father both passed so the album is really an homage to both of them.

NT: Even though not familial, you recorded your album with Richard Russell and by the sounds of it he really fit right into the equation, did you come out of recording feeling like he was part of the whole dynamic?

LKD: He was incredible to work with. He let us do what we wanted. I think it’s hard with young people coming in, we were like “we want to play everything”, and Richard just sort of said okay, then play.

NT: Another thing that I feel is sort of lost on our generation in a lot of ways is the idea of religion or spirituality, obviously both played a huge role in your lives, how do they play in the making of the album?

LKD: It’s a way to live and to see life… I think that definitely going back to your roots has some sort of spiritual influences, and then losing our father at the age of 11 is I think what changed our way to see life and enjoy life. But it’s all about enjoying yourself and trying to see that everything is life.

NT: What’s it like now translating this sort of deeply personal spirituality and musical energy that you’ve kept in your family your whole lives and releasing it into such a wide audience?

LKD: We don’t really think about it…

NKD:I think people can relate quite easily to our sound. We don’t think about it as people listening to our history.

LKD: I don’t think people are thinking about our history, they are listening to other sounds.

LKD: Oh we believe in it

NKD: We believe in it

LKD: It’s obvious. She’s the daughter of thunder, she’s the energy, the “ROOOAR!”, she’s the electricity, and I’m more-

LKD: I’m more calm and the [daughter of the sea] is motherhood too, so I’m more like a protective kind of girl.

NT: There is quite and intense air of spirituality and energy in the album, how do you think people receive that energy and apply it to their own lives?