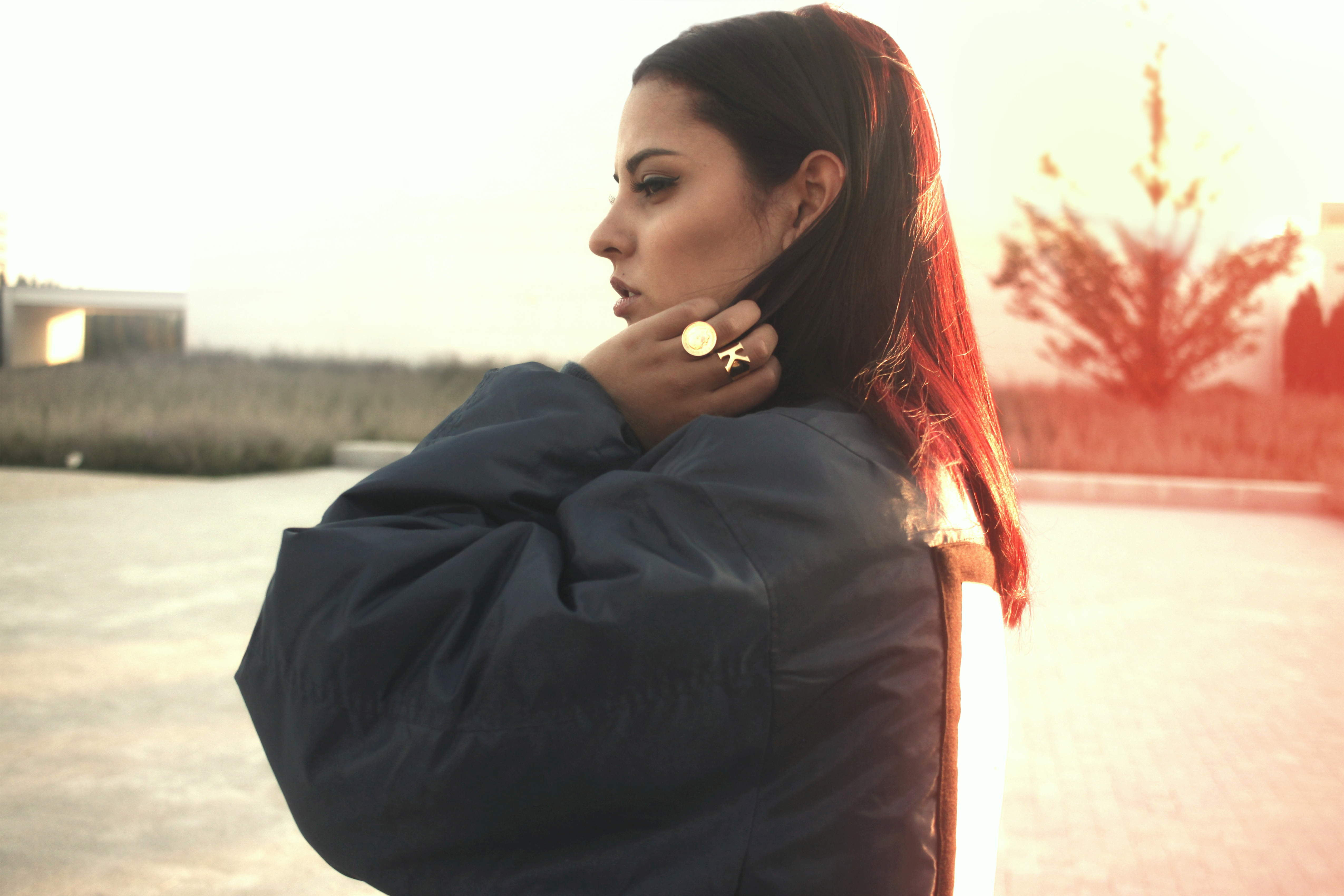 Who is Kiki Rowe? Hailing from Mississauga, Ontario, this up-and-coming R&B artist is riding the international interest in ‘Canadian sound.’ Kiki Rowe released her first album in 2014, and has since signed to Sony Music Entertainment Canada. Fresh on the heels of her new lyric video for “Enough,” Northern Transmissions had the pleasure of interviewing Kiki Rowe—

Northern Transmissions: You’ve just opened for Marc E. Bassy. How was that?

Kiki Rowe: It was awesome. I actually just did one show with him in Toronto, and my second one was in Vancouver. In both cities, the crowd was amazing.

NT: Your sound is very full when recorded. How does that translate into live performance?

KR: It’s actually just me [on stage], and I have a DJ. I think he does a really great job of that whole ‘fullness’ that you hear. And I just sing over the track.

NT: On the topic of sound, you actually come from a strong piano background. Piano is featured on your tracks, but quietly. I wonder, will it be more prominent in future recordings?

KR: I definitely think that the piano is a part of who I am as an artist. I [play] it at my shows. I start playing the piano when I play “Go Getta” [live]. There are actually a couple songs that I did that are more personal, that I actually [played] the piano in the recording as part of the beat. So definitely, I will always be incorporating piano into my stuff.

NT: So the familiarity that you have with the instrument allows you to express more intimacy in your music?

KR: Yeah, exactly. A lot of my more personal songs come from the piano. That’s where I really get personal and intimate.

NT: Your self-titled album released in 2014 has some big name collaborators, including DJ Mustard, Maino and TI. I imagine this is a result of the connections of your manager, Brian Berger. How did you meet Berger?

KR: I actually met him at a music conference called All Access Music in Atlanta. It was one of those things where I ended up going there, but I was still 18. My parents were like, ‘Okay, there you go.’ I ended up pulling up music for [Berger]. He liked my sound. After the conference, he was like, ‘Okay, can you send me these songs?’ I sent him those, and I guess he was pretty happy with them. Ever since, we’ve been working really hard and all these things have been happening, so it’s awesome … It was really great, really unexpected.

NT: When you graduated high school, was this the trajectory you expected for your career?

KR: After high school I took a year off, and I ended up going to university. During that year, I started writing a lot and going to the studio a lot. … I went to school for a bit, but all I was doing in class was writing lyrics instead of focusing on class. I realized, ‘This is really not where I’m supposed to be.’ I ended up focusing on music instead.

NT: Speaking of your writing, your lyrics are very personal. They are themed around heteronormative romance and relationships. How do you tap into that vulnerability? Are your songs taken from real life, or projection?

KR: I had a longterm relationship with someone, and I think a lot of the emotions from that came into my songs, and stuff like that. And then there are other songs that come from experience, things that I would feel, or that I see my friends go through. They are [situations] that I could really see people relate to, but most of my songs are from actual experiences I’ve been through.

NT: As you look into the future, do you think you will be writing on the same themes?

KR: There will be a lot more up-tempo tracks, and some inspirational stuff … but a lot of it will be the same sort of themes about breakups and stuff.

NT: If you were at a karaoke bar, what would be go-to song?

KR: “With You” by Chris Brown.

NT: What are your some of your most influential albums?

NT: Two of your favourites are Canadian musicians, specifically from Ontario. Do you feel there is an international spotlight on Canadian music right now?

KR: Definitely. I feel like there are so many artists coming out of the internet that are really good. I feel like there is so many different sounds too. Keshia Chanté, The Weeknd, Drake, Bieber. I think Canada’s kind of winning right now, it’s awesome. Everyone talks about the Canadian sound, ‘Oh, you sound like this artist or that artist,” and I guess there’s a distinct sound.

NT: “Trust Issues” was remixed by Young Bombs, and it sound great. Who would you want to remix another track, in your idealized situation?

KR: Definitely Drake, Bieber, or The Weeknd. If any of those artists remixed my track, I would be so happy.