Our Interview with Mates of State 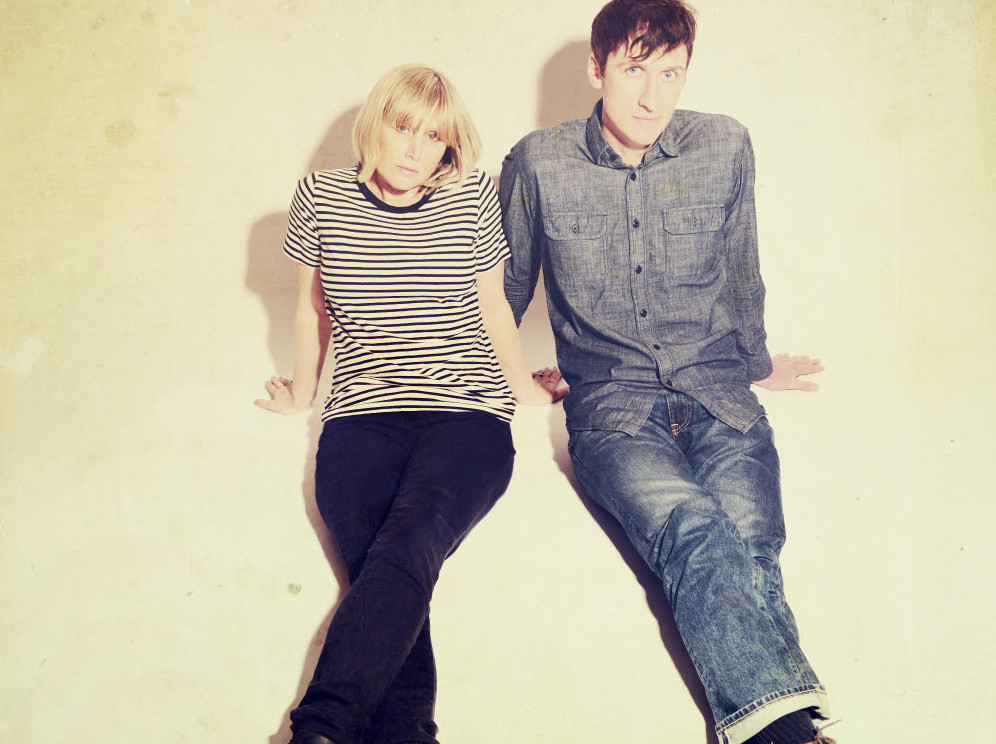 Indie-pop duo Mates of State are still in the game and exploring new territory after the recent release of their feature film The Rumperbutts, which includes a self composed soundtrack. In addition to their on screen adventures, they also released the You’re Going To Make It EP earlier this month. Touring was naturally the next step for the band to debut the flood of new material, almost four years after their release of their last album Mountaintops. I talked to Jason Hammel from his home in Connecticut about acting, artistic growth and touring as a family.

Northern Transmissions: It’s been four years since Mountaintops, what’ve you guys been up to?

Jason Hammel: Well, we made a movie, we released a feature film, and we also made the soundtrack for that. There are 12 songs on it, so it’s actually a full-length. We finished that before the EP, and that goes along with all the songs that are in the movie. We were the lead actors in it too, so we were acting and writing music for our feature film that premiered like a month or three weeks ago. It had a theatrical release in California, so we’ve been working on that.

NT: How was it switching gears to acting?

JH: It was really fun, actually. I mean, I love the process. As a band, we’ve always collaborated, so a movie is an even bigger collaboration with all these different people and moving parts, and that’s the part that I really like. When you create something with somebody else and everybody just brings something different to the table but you all get moving in one direction that makes something cool. I realized it was even harder to make a movie than to make an album. There are so many things to sort out, starting with a good script. You’re just constantly tweaking all of these elements and getting money to make the thing, getting locations and good actors and everything. There’s just so many moving parts, but its really fun.

NT: How have your influences changed in the last four years?

JH: I think my influences are less from music now than it is other stuff. There’s so much music out there now, it’s so hard to filter through it all. I’ve been listening to Damon Albarn. Otherwise its funny because the music industry is in such upheaval. All the artists are trying to figure out ways to monetize their art.

NT: How have you dealt with that as artists?

JH: Just by doing other projects that are still obviously music and art involved but, y’know, for 10 years it was the cycle of record an album for two years go on tour for two years. We did that for five albums worth. Now, this kind of goes back to doing the EP format too. We’re constantly writing music, so we said: let’s not wait for 10 or 12 songs to be finished. When we feel like we have 4 or 5 good ones, let’s release them once a year or 18 months and not worry about being in a cycle. I think any touring musician will tell you that the cycle gets a little tedious after a while. You like all aspects of it: touring, performing, being out with people, but you also like being home. Part of it is that the cycle is so long. Two years is a long time to be out on the road and you’re basically putting your whole life on hold aside from the road life.

NT: What’s it like being on the road as a family?

JH: I mean, us being a couple, we’ve always been like “oh, we can sort this out together”, so it didn’t leave one person at home while the other person was gone. At least we were always together. Also, we started bringing the kids on tour with us too, so we’re all in this together to figure it out. Now we don’t have to be on the road as long. If you have a hit song or something you could go on tour forever. But if you don’t have a hit you don’t necessarily have to tour like crazy, grinding it out like that. You just kinda hit the main spots and fill the rest of your time with making new songs.

NT: How has the process of creating new songs evolved as your partnership grows?

JH: As far as just writing and composing songs, our process has evolved and that’s something we’re really interested in continuing to do. On our first four or five albums, we’d just sit down behind our instruments and essentially jam until we had parts that we liked, and now that process is getting a little stale. So we started to just write. Sitting down maybe we’ll start with a beat or something then Kori would lay down a piano part and we’d discuss where we want to go. So just switching up the process made it a little more exciting. It took a while to get to that point, but we were really happy with the results after we got comfortable with it. I think the songs on the EP are like the best we’ve ever written.

NT: Why an EP this time around?

JH: Mostly because no one listens to albums anymore, y’know? I mean I’m guilty of it too, you listen to it once through and you pick the favourite songs and those are the ones you listen to. So we started to think of it like, why waste your time making a 10 or 12 song album that nobody pays attention to? Let’s just release the part of it that they’ll pay attention to. So we wrote 5 awesome songs and just put them on a shorter EP.

NT: Was it difficult picking a shortlist from all that you wrote?

JH: It was pretty easy. We wrote between 20 and 30 songs and the great ones always kind of rise to the top. Those were the ones that were the most fun to play and the ones where we were most connected to emotionally with what were playing, the ones that we thought that were the best. We played some of them live over the last couple years too and you can start to see how they play out live. That really help narrow it down too.

NT: How do you feel your focus has changed when it comes to the audience?

JH: I think the biggest thing we want to focus on right now is the performance aspect, live. It’s something before that we didn’t really think about that much. We’d just think we want to be polished up, so we’d rehearse. Leading up to a tour we’d be constantly playing and get super tight as a band. Now I think we’re trying to look a bit more at creative, cool ways to deliver the songs in a performance based type setting, not just necessarily playing. Dynamics during the show, with a beginning middle and end. Getting out from behind our instruments with backing tracks so we can perform a little bit. Playing constantly and singing constantly behind our instruments sometimes feels like it can be a little bit confining.

NT: Are there any personal aspects that have creeped their way into this EP?

JH: Its funny, no matter what we write about, everybody always thinks it’s about our own lives. A lot of times that stuff creeps in there, but it’s not so literal. People think things that we sing in a song and go “it’s so cute, they’re singing that they love each other.” Love songs to each other are pretty far and few between. You get what you get out of it, and there’s no way to control that. People really do focus on our relationship.

NT: Tell me a bit about the song “Beautiful Kids”.

JH: That song is more about adults that kids to me, because the kids just go on what they’re taught. The adults are sort of showing them, leading by example. Adults are stuck on technology just as much, if not more, than kids. We’ll be out in public or at the movies and you see kids being ignored by their parents because the parents are on their phones.

NT: What’s up next for you guys?

JH: I’m writing another script for a movie and working on a bunch of songs, and going on tour. I like travelling. I’m looking forward to it. 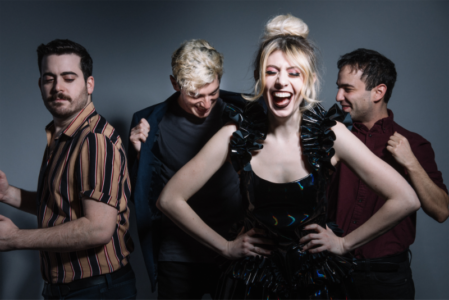