Our interview with Kristin Kontrol 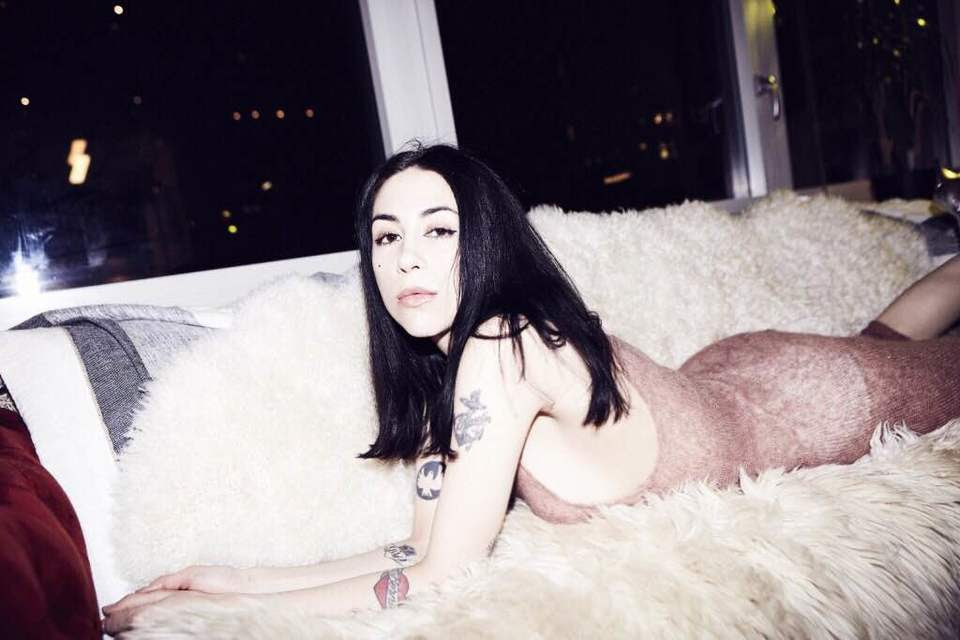 “Sometimes you have to rip it up and start again,” reads the press release for Kristin Welchez’s newest project, Kristin Kontrol. Most know Welchez as Dee Dee from the Dum Dum Girls, but as her music evolved she felt she could no longer progress under the guise of the garage rock outfit. What came out of it all was X-Communicate, a ten track album packed with all the inspirations she never had an opportunity to explore on past albums, from Madonna to early 2000s Kylie Minogue. I spoke to Kristin over the phone to talk about her transformation and the challenges it brought with it.

Kristin Kontrol: I mean, I think well [laughs]. The first one, “X-Communicate” was not what I thought we should have put out necessarily, because it was kind of one of the more extreme songs on the record. Not totally indicative of the whole record but we ended up deciding to do it just because it was maybe the boldest choice to pair with somewhat of a bold announcement. It went over much better than I thought it would [laughs] and “Show Me” has gone over well also!

Northern Transmissions: Let’s talk about your forthcoming release “X-Communicate” which drops May 27. The album sort of speaks to your roots and what you like listening to. Was the switch to Kristin Kontrol a long time coming?

Kristin Kontrol: I mean not really in any kind of conceptual way. I think that I was happy to just continue writing songs and putting them out and playing them, it just started to feel more recently that Dum Dum Girls might not be the vehicle for sort of the direction that I’ve been moving in and writing this album. You know, I set out just writing the next Dum Dum Girls album and made a point to not feel limited by what I was starting to feel like Dum Dum Girls had hit a ceiling and couldn’t really get out of the context of garage rock or an all girl band or sort of that ‘60s, ‘80s whatever. It was really just a feeling that I had to figure out how to sort of process and move forward with and once the album was done and that conversation started happening outside just my head it seemed like it just made since to sort of step aside and pursue it, a new brain that wasn’t necessarily tied down to the template that Dum Dum Girls was.

Northern Transmissions: Did you have a bit of a vision going into that it was going to be a Dum Dum Girls album? And did you think you would have made something like this eventually?

Kristin Kontrol: I mean as I said, I wasn’t intending to step away from this thing that I worked on, toured for almost 10 years at that point I started to feel like when I was thinking about what it is I’m going to do next, instead of reflecting on “Too True” and what was leading up to that. I just felt like I’m no longer interested in even hopefully making music that would fall in lines of the expected Dum Dum Girls thing. Not that I had even felt that “Too True” or even the EP before that really fit that category anymore, but the fact that I saw that they were still viewed through that context kind of made me realize that the band perhaps, on the aesthetic level, was working against where I could go sonically. I just decided to not consider it at all and almost to just go… not overboard, but almost make up for lost time instead of trying to take… you know, every Dum Dum Girls record I tried to make progress and expand on the sound, and everything I was doing I was, you know, in the moment, that was what I wanted to be doing. But this time around it was like, “Okay well I don’t want to make another guitar record” and it’s not like there aren’t very Dum Dum Girls-esque moments throughout “X-Communicate” but I just wanted there to be a ton of other things that I sort of previously felt inappropriate or if I’d write a song and say, “Oh this won’t work for Dum Dum Girls” and I’d use it for something else or I’d write a song and envision it one way and realize like idealistically or production-wise that’s not going to work either. I didn’t wanna have that thought anymore so it just became about writing good songs, trying to expand the sort of melodic side of the songwriting, you know vocally and then really just letting however it was produced, and the references, kind of just little markers throughout each song to encompass a much fuller representation of the things that have influenced me always that just maybe didn’t have a clear way into my music before.

Northern Transmissions: What would you say was the biggest challenge you faced during throughout the whole process from the time you started writing the album until say now?

Kristin Kontrol: There’s been a few, but the biggest thing, the longest issue was just the songs themselves. I mean I started writing, what became this record, in January 2015 and as I said I really wanted to…I’m hesitant to say do something different because that sounds like I wanted to veer off on a sharp left turn or something it really was more just that I wanted to expand from 27% to like 97% or something [laughs]. But because I wasn’t totally sure what that meant or how that would sound I decided to approach the songwriting really differently in an attempt to shake things up. So I was writing without the guitar, I was writing mainly on piano and because it’s not an instrument I’m as comfortable at or familiar with both singing and just songwriting, the results were definitely more on the weird side than the pop side and a lot of songs have bits and pieces that I knew were good but overall hey just weren’t that great, they weren’t that strong and I think I realized that I was relying a little too heavily on fooling around with new production ideas of different sounds or samples and I wasn’t really making sure that the priority is the song, you know? Once you have the songs then you paint it however you feel like painting it.

There were probably like four, almost five months writing song after song after song, it just finally dawned on me that I didn’t have to be so severe with how I was approaching it. So I brought the guitar back in as a songwriting tool and then I’d demo and pull the guitar out and then I would play around with approximations of ideas for what the song might eventually sound like. But it was really like once I wrote and recognized and got some positive feedback on the one song that became the first song of that whole session to make the record, then it was like, “Oh, I get it, I get it, I get what I’m doing, I’m not as directionless as I thought” and then the rest came pretty quickly, and then it was about a month and a half of working with two different producers, six songs with one, and four with another and then there’s a couple of b-sides as well but it was really just waiting for me to get the songs recorded. Once I was there everything else sort of worked pretty naturally and quickly.

Northern Transmissions: What would you say you took out of the whole process of writing and recording the album? What does this release mean to you?

Kristin Kontrol: I think that it was initially sort of a reaction to feeling like I didn’t really have total authority over my art anymore, so I definitely set out to reestablish my authority, and then I was also just looking to have a really fun, stress-free version of writing and recording, and I think that because I had sort of this tension between what I was doing and where it sat within the Dum Dum world. I think that kind of coloured a lot of the experiences of the last couple years without me not fully recognizing or processing how I was feeling, but overall it was the sensation was a weight lifted, and I became very excited, and it was really fun and it was a lot of experimentation into areas of music that I’m not as familiar with or at least don’t have the command of myself. For me it was really rewarding to see the risk of getting outside my comfort zone.

Northern Transmissions: What track would you say defines the album as a whole or maybe your shift to Kristin Kontrol?

Kristin Kontrol: I don’t know, I mean one of the things that I like about the album is that it’s pretty different song to song. There are certain songs that I like because of how they make me feel, or there’s different pieces of the instrumentation that I really like. But I think “Show Me” the single that came out most recently, if that could be the mouthpiece for the album, that’s what I would consider it. It’s a relatively minimal song – at least in terms of some of the song. It’s the closest to the demo version, which I think kind of speaks to the song, that it was a direct song to begin with. And it’s one of the few overtly positive, or helpful songs [laughs] that I’ve ever written and that felt good to write. I know that I’m always typically drawn to the songs that resonate on an emotional level, that tends to be on the more depressing side but sometimes the hopeful songs really make you feel something when you need to and I think I was just trying to do the best version I could of something that would make someone feel better.

Northern Transmissions: Finally, what do you have in stock for the rest of the year? I know you’ve teased some images of a video for “X-Communicate”.

Kristin Kontrol: Yeah, that’s being edited now so that will probably come out in the next month or so and I have two other videos that I’m working on, and also playing a string of live shows end of June in the New York and New England area. Then probably just working on more of the video stuff, and then start touring more significantly in the fall.