Our Interview With Jose Gonzalez From Junip 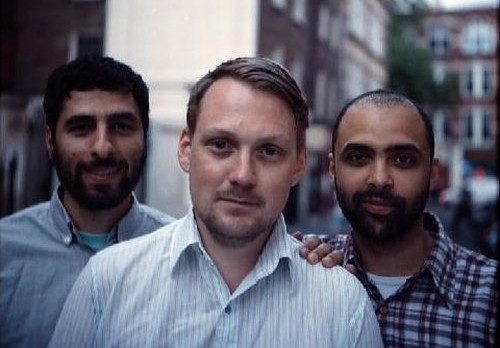 Jose Gonzalez from Junip had time for a quick chat with Charles Brownstein. The band’s self-titled album “Junip” is now available on Mute and City Slang Records.

CB: The band takes quite a bit of time to record, is it a very methodical process making a “Junip” album?

JG: Yes and no, we noticed that it’s easier when we start together from scratch – by jamming and recording parts of those sessions. Then we choose the parts we like best and continue jamming around them until we have a beat, basic chord structure and maybe some melodic lines. after that it’s been very different from song to song, either we work on our own and sometimes we worked together. basically whoever finds the inspiration on a certain song gets to do what he wants. all have to like it in the end though. And I always write the lyrics.

CB: You returned to your rehearsal space in Gothenburg to record “Junip”, the same place where ‘Fields’ was made; is this where you guys feel most comfortable writing?

JR: For me it’s a bit different from time to time. There’s been moments when Stampen (the name of the studio) has felt amazing but also many times when it’s been super messy. I like to write at home also.

CB: The second single, ‘Your Life, Your Call,’ is a pretty heartfelt track. Was this written from a personal experience or as a kind of a letter to someone?

JR: I always write partly from experience combined with stories from friends or from fiction. I’ve been there and many of my friends have been there: being left for someone else and sitting on a couch passively. I was thinking of changing she/he because it fits both ways.

CB: The video for the song is a continuation from the ‘Line of Fire’ video, did you know for a while that you wanted to make a short film with your music?

JR: Making a two part video was a decision we made because of time and budget. Mikel Cee Karlsson saw it as a necessity but also an opportunity to do one story from both songs. I really like the videos and feel like they stand on their own as an artistic short film.

CB: Many bands from Sweden are writing songs in English, does this feel second nature to you?

JR: Yes, but I’m more open to write in Swedish and Spanish now.

CB: You have described the band’s present sound as somewhere between a German jazz band and an African pop band, can you elaborate?

CB: Where do all these whistling inspirations on ‘Junip’ come from?

JR: Everybody whistles, I just hadn’t recorded my whistling earlier.

CB: Which five albums should be part of everyone’s collection?

JR: None as long as you have access to all with a pair of headphones, lol.