Our interview with Electronic Duo Portrayal 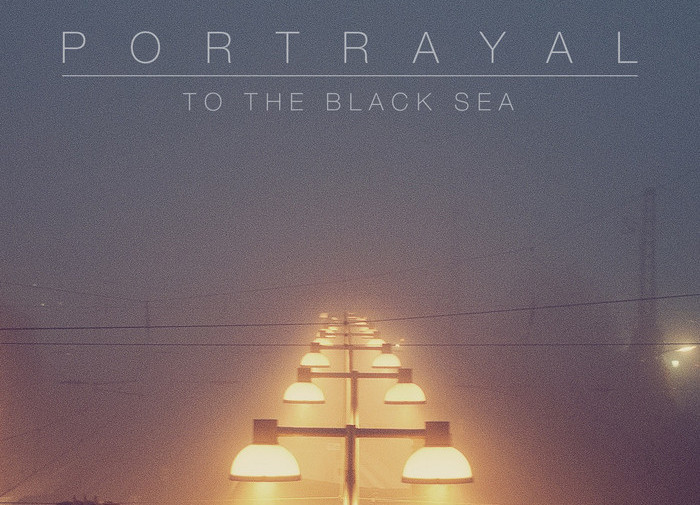 Northern Transmissions wanted to hear what new music was out there, still unknown. So Alice Severin is starting a series looking at some great unsung and unsigned bands, who are on the cusp of wider recognition. First up, UK duo Portrayal. Rob Tranter and Joe Crook hail from the West Midlands and are producing stellar electronic music. They’ve been noticed by BBC Introducing, and are putting out an album in the next few weeks with the atmospheric title To the Black Sea. The music itself conveys hints of wistful sadness and introspective moods, while sharp synth and guitar work, coupled with almost shoegazy vocals, make for a mix that manages to straddle both electronica and rock sensibilities. Merging both tension and abstraction, like in the gorgeous track “Departures”, the band shows an ability to create emotional sketches with a fine sensibility. “Universal Libraries,” the latest track, seems even more able to spill an array of tones and moods, while “Never Adjusted” pours into the air like a song that’s always existed. The interplay between guitar and vocal is carefully interlaced, building before opening out into a chorus with wide sounds and vision.

Alice Severin spoke with Rob and Joe of Portrayal, who shared some thoughts on their music and their upcoming album.

NT: Hello! How are you and where are you?

Portrayal: Hey! We are in Shrewsbury this weekend. Rob is mixing the last track for the album, and Joe is at home with a cold.

NT: How did you meet and what made you decide to start playing together?

P: We met when our Dads worked together and actually had a jam when we were 12 or 13! We remained friends and when we were both back in Shrewsbury more recently, and our previous bands/projects came to an end, we decided to get writing and things just clicked into place.

NT: Everyone I’ve played your song “Departures” to loves it, and instantly wants to know who you are. How did you create that song?

P: That’s great! The song came about when we were experimenting with patching up a number of guitar pedals to come up with some interesting sounds to play with. We wanted something which had a variety of dynamics and interesting sounds whilst also keeping quite a tight structure and vocal.

NT: Do you have a certain way that you approach the songwriting process? Who plays which instruments or do you switch around depending on the song?

P: Most frequently Rob will come up with a song which will have a variety of sections and we will then get together to work on a structure which would most suit a vocal. Joe will then record the vocals over the structured song. Rob would generally play the majority of the instruments with Joe sometimes adding guitars and bass in addition to the vocals.

NT: There’s a moody, almost shoegazy feel to the three songs, with the opaque echoing vocals yet there’s a sharper electronic edge as well as moments of intense bass. Are those elements you think about experimenting with?

P: Absolutely. The mix of those elements you mention has been fairly balanced on this album, so we are really excited about expanding/emphasizing certain aspects of the sound on future records. It will give us plenty of scope to keep things fresh and interesting.

NT: You’re from Shropshire in the UK. It seems like a lot of great music is coming out of the countryside, where before bands felt they had to go to London. Do you think that’s true, and why?

P: Yes we would agree, the obvious reason would be the internet making it so much easier to get music out there irrelevant of location, but there is probably an economic aspect to it given how costly London has become to live nowadays. Perhaps the bizarre and banal elements of small town living can also provide interesting subject material and spark creativity.

NT: You were picked up by BBC Introducing, which has found some fantastic bands. How did that come about?

NT: Your forthcoming album is called To the Black Sea. How did you choose the title, and is there a story behind it?

P: We had a couple of different titles but this one just seemed to fit closely with a number of different lyrical themes on the album. It also ties in with a track on the album called Black Water.

NT: Any plans for shows in the UK or elsewhere at the moment?

P: We will definitely be looking to get a live set together properly once the album release date is sorted. No dates fixed yet though.

NT: And – five albums that inspire you.