Our interview with Beat Connection at SXSW 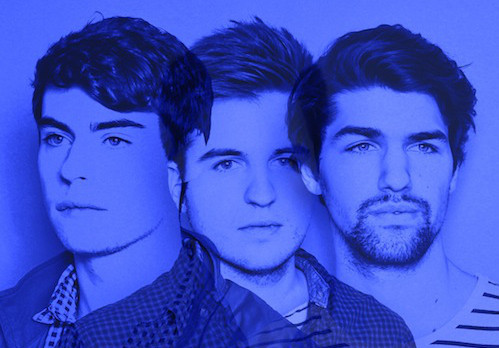 Seattle’s Beat Connection originally began as an electronic duo when it released its debut EP, Surf Noir, in 2011. Since that time, original member Jordan Koplowitz left to pursue other endeavours, while remaining member Reed Juenger re-established the project as a four-piece group that now includes Tom Eddy (vocals and guitar), Mark Hunter (bass), and Jarred Katz (drums). Jeffrey Powell caught up with the whole group to discuss their experience at this year’s SXSW, creativity, and the status of their new album.

NORTHERN TRANSMISSIONS: How’s your SXSW been so far?

TOM EDDY: It’s been going good. We’ve had a few shows so far and they’ve been all really weird… in a sound sorta way but we’re figuring it out by Saturday.

NT: Have guys developed a strategy to accommodate the challenges of the festival, such as the mostly absent ability to soundcheck before your sets?

JARRED KATZ: That’s a good question! We’re still working on that. We’ve been able to do really quick soundcheck on tour opening up for bigger bands, so that’s been good practice. This has been even harder I think because it’s been a faster pace and short set times. Yesterday, we had to bail on a couple of songs… we just had to work on the fly and hope it sounds good to the audience.

NT: Who’s the go-to guy when something fails?

NT: I watched a band yesterday that had a guitarist who filled a set gap with a soft jazz riff while the others dealt with some tech issues. Who’s your soft jazz guy?

REED: Well, if it’s like that, it’s these guys. (points to the rest of the band) If it’s a technical difficulty, they’ll cover my ass while I figure out the computer shit out; play some smooth jazz for a while. They’ve got a bunch of stuff up their sleeve.

NT: I was reading up on a comment the band’s made about getting away from completing “tasks” and focusing more on goals / objectives. What were the band’s objectives coming into SXSW?

RJ: We always put the performance first in this setting. When we’re in the studio working on music, that’s the number one thing. But, when we’re at a festival, it’s about giving the best performance we can. We’re talking about issues with sound and stuff like that. It’s a crazy festival where you’re running around all the time, but our goal is to be the best we can be in this setting. We’ve definitely had some time to hang out, have some drinks, but we’re trying to stay focused.

TE: Thankfully we have other people here to pimp us out! (laughs)

NT: Have you guys completed the next album?

RJ: It’s done. We’ve been releasing singles this year. Starting back in May 2014 we put out a single and we’ve been doing it every four or five months since then, leading up to an album. Got one more and then the record, hopefully this summer or fall. It’s done, it’s mixed, mastered. We’ve gotta finish artwork and stuff, but it’s ready.

NT: Talking about the artwork, how involved are you with its creation?

RJ: I do all the art and graphic design for the band, as well. We definitely try and have everything aesthetically unified and try to create an image that associates the artwork with the sound and the way we are… I mean if we tried to put some death metal imagery with pop music and then we were assholes, there’d be such a disconnect. We try to unify all that stuff, and I think there’s an artfulness to even business and stuff, so we’re aware of all of that when we work on anything.

NT: I’ve been interested in a lot of the discussion that’s happened between artists following the “Blurred Lines” / Marvin Gaye family lawsuit. Some of the issues surrounding ideas of imitation, inspiration and creativity. What’s creativity to you?

MARK HUNTER: When we start writing a tune, it always starts differently. Someone works on something and brings it in, and we all add stuff to it. But I feel like we all have inspiration and something in mind when we start. We look at our set and think we need “this type of tune”, let’s think of some examples of similar things we can be inspired by. Then we’ll start writing it with that in mind. It’s not like we’re trying to copy exactly what they’re doing, but we definitely pull inspiration stuff that we love.

TE: It’s more like, instead of picking the song, it’s like picking three songs and finding the centre point. We’ll like the vibe of one thing, the instrumentation of another, and the lyrical arrangement of something else.

RJ: We can draw inspiration from so much stuff and sometimes we write songs that’s like “you know this thing in a movie, where there’s that” and we try and write a song like that. It’s not always like a pop music or sonic thing. Sometimes we’re drawing inspiration from every day experiences, visual art, cinema, and trying to equate the oral equivalent or a facsimile of it.

NT: You guys spent some time at a cabin during the recording process for the new album. Was it important to get some solitude to focus?

RJ: Ya, it was super good for us creatively. However, the vast majority of the record and like 95% of what we do is done while being distracted by whatever day job we’ve got to be doing, whatever text messages, internet, all that shit… we don’t get to go to that creative vacuum very often. And, it doesn’t really exist. There’s still distractions out there. We spent a lot of time just enjoying nature… But it was a really cool, exciting experience that lead to a song that had a different vibe and atmosphere than the rest of the record. It’s right in the centre and represents us in the process of writing the record. But the rest of it is us highly distracted in our rehearsal space next to the freeway.

NT: Being a collaborative group, how long will you guys spend on an idea before it moves ahead or gets left behind?

RJ: That’s different every time. We have one song called “Another Go Around” that came together in like 3 days, from like “let’s sit down and write a song”, try it, do it, and complete it. And we just zoned in on that one. Other times, there are songs that the first initial idea is made and we forget about it, but then we’ll pull it back up again later. And, other times we’ll work on something for just like an hour and decide it’s not gonna work and it’s done.

MH: Even if you don’t get it right away on some songs, you can just tell sometimes whether it’s worth struggling with. 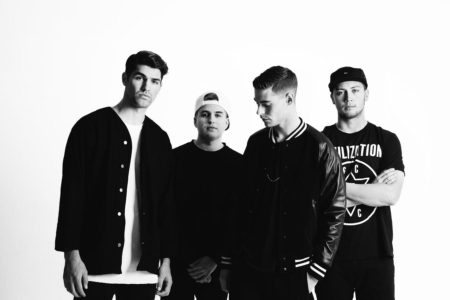 Beat Connection release “For The Record” 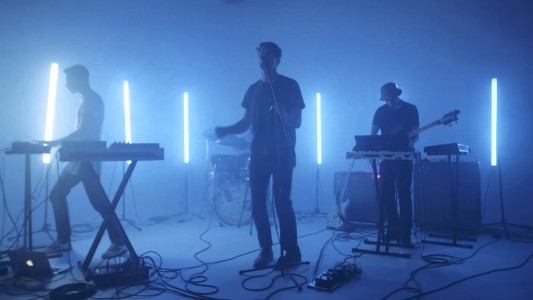 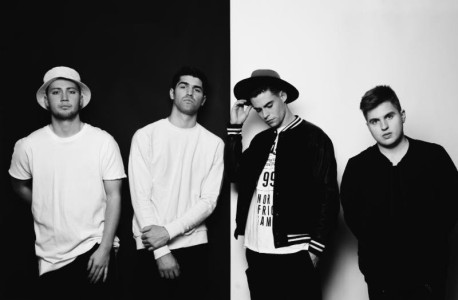