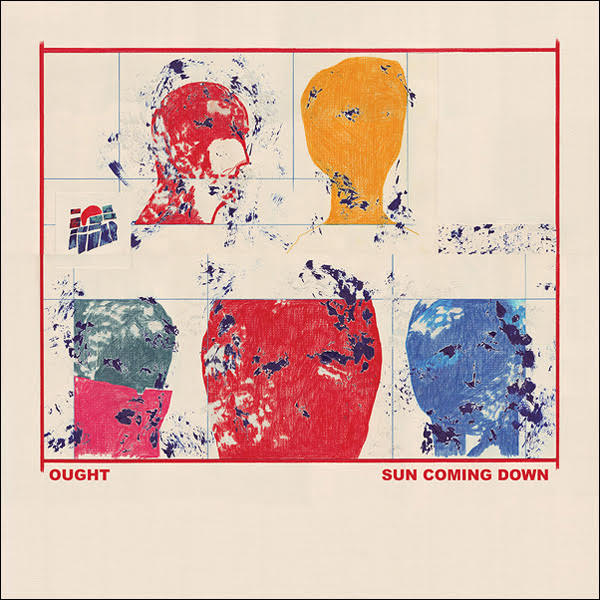 Constellation Records have announced the second release from Montreal band Ought. Sun Coming Down, the follow-up album to their debut, More Than Any Other Day. After spending most of 2014 on the road, playing post-punk combined with the observational and testifying lyrics of singer/guitarist Tim Darcy, Ought spent the first few months of 2015 writing, playing the occasional local gig, and eventually heading back to the studio to lay down a batch of fresh tunes. Ought have shared the a track “Beautiful Blue Sky” from Beautiful Blue Sky, check it out below.

From Constellation: “Sun Coming Down maintains the band’s tight, twitchy, economical sound. Ought pursues an artistically apposite austerity in committing these new songs to tape, referencing the arid and unvarnished production of no-wave and early indie rock while balancing carved-out angularity against an evolving comfort with textural coalescences and measured pacing”.