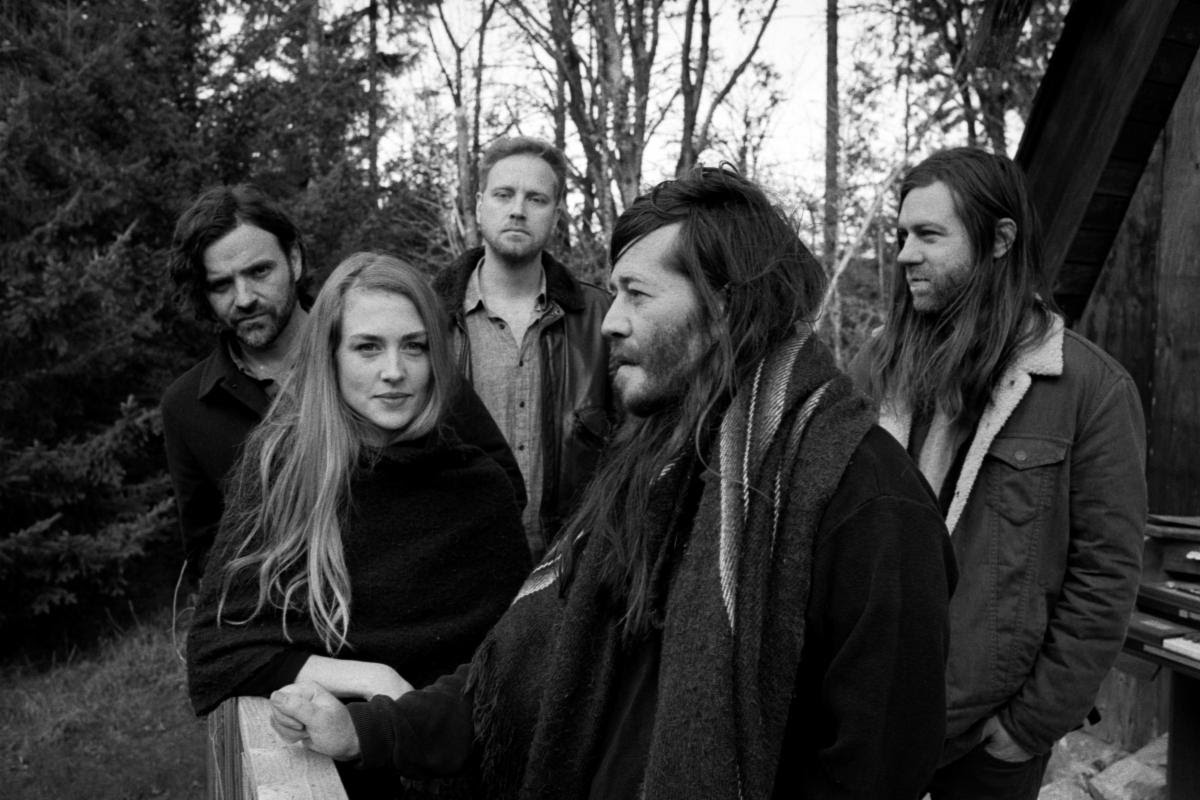 Other Lives “Hey Hey I”
TwitterPinterestPocketRedditFacebookEmail

Other Lives have shared their new single “Hey Hey I.” The songs is accompanied by a video shot in the A-frame house studio in the Oregon mountains where the band recorded For Their Love. “The video is a reflection of the recording process of the album, that took place in the A-frame in the woods,” says frontman Jesse Tabish. “We wanted to portray this process in a natural, organic way, without telling a story but rather showing glimpses of us working together as well as coming together with friends.”

For Their Love takes its name from one of the earlier tracks written for the album. “Something about the title feels both inclusive and also of a larger scene,” explains Other Lives’ creative lynchpin and frontman, Jesse Tabish. “The song also embodied the direction we wanted to take.”

“My wife, Kim, and I moving to this house and making a new life and music together was a huge part of this record,” Tabish says. “I found there was too much distraction in Portland, but here we could dedicate ourselves to work. I found that I returned to my music vocabulary in a natural way, using certain types of chords or keys, and also the way I sing. Living with roommates in Portland, I was too shy to sing in front of them. But here, I felt free.”

The sense of freedom and togetherness carried over to the way For Their Love was made: from start to finish, it’s Other Lives’ most collaborative album. This includes the contributions of Rituals drummer, Danny Reisch and of Kim Tabish, whose layered backing vocals amplify the album’s cinematic aura. “We really set out to make a band record,” Tabish says. This extended to self-producing for the first time since 2006 – Mooney also engineered the album.

As For Their Love came together, the band avoided re-working and refining tracks (as they had on Rituals), choosing instead to record different arrangements of songs, “to capture the vibe of something more instant,” Tabish explains. “We were adamant that For Their Love would have no tricks, and nothing to hide behind, which we’d been doing psychologically as well as musically. We wanted ten songs that held up by themselves.”

But by the band’s own morals, the current world feels bereft. ‘Hey Hey I’ is the sound of Other Lives at their most upbeat and liberated but the lyric addresses, “the paradigm of the downtrodden working class. The American Dream is dead. You bought into the system but it does not pan out.” The emotion driving ‘Who’s Gonna Love Us’ is one of seeking community and security in this increasingly unstable world. ‘Lost Day’ is similarly unmoored, written on tour, “when we were on the road forever, and we didn’t feel human anymore.” As Tabish developed the lyric, more feelings of dislocation merged: “My fear that the intellectual is dying out, and religion is rising.”

Yet the album’s darkest hour is the penultimate track. ‘We Wait’ is inspired by a real incident, when 17-year old Jesse was a founding member of emo rockers All-American Rejects, and his best friend was murdered by someone within the band’s inner circle. “It’s been haunting me for the last decade,” Tabish admits. “It’s part of my larger narrative of dealing with troubling stuff in my life.” For Their Love Out April 24 on ATO Records