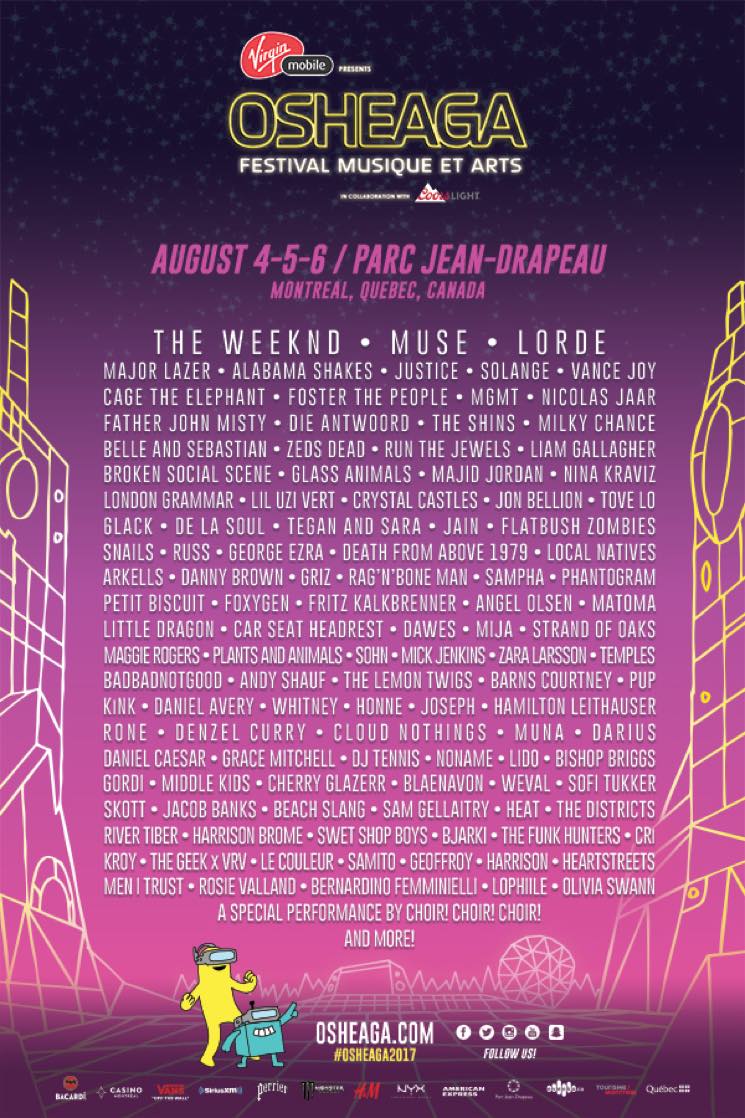 The three-day festival takes place from August 4-6 on Île Notre-Dame at Montreal, Quebec’s Parc Jean-Drapeau. Weekend passes are now on sale, with single day passes not being offered until closer to August.

Watch a recap video of Osheaga 2016 below and stay tuned for any additional news on the festival.