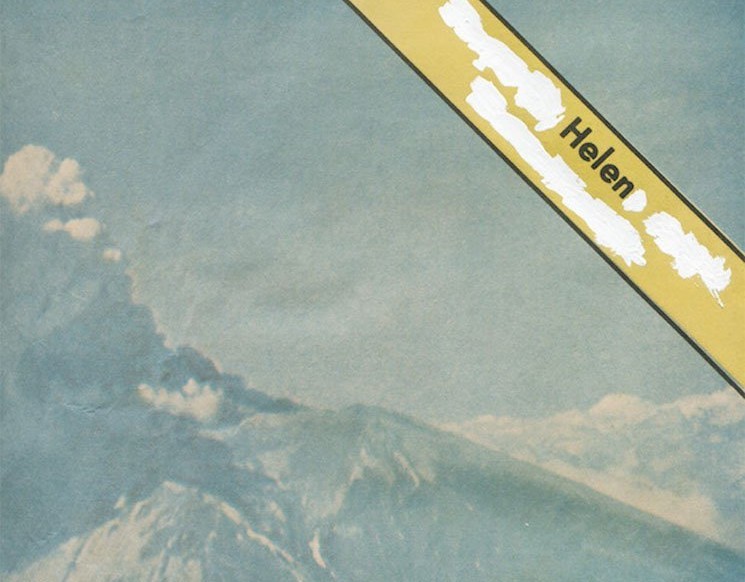 Helen is fronted by Liz Harris, who has spent the past decade making ethereal, ambience-filled psych music under the solo alias Grouper. But unlike her usual drones and hazy soundscapes, Helen is a full-blown rock band: on the trio’s debut album, The Original Faces, Harris is joined by drummer Jed Bindeman and bassist Scott Simmons, who provide the peppy rhythmic backbone for the frontwoman’s squalling six-string distortion. With 12 pop-friendly tunes in a concise 33 minutes, this could scarcely be more different from the minimalist sprawl of Grouper’s 2014 standout Ruins.

And yet, despite the comparatively hard-hitting soundscape, Helen’s music preserves Harris’ tendency for sedate bleariness. This is largely thanks to the recording style, since The Original Faces is drenched in lo-fi muck. The rhythms have a muddy quality, as though they’re being heard through a wall, and the fuzzy guitars eschew bite in favour of the abstract whitewash of shoegaze. Clearly, loudness does not equal aggression. In this way, Helen recalls the DIY noise-pop craze of a few years ago, evoking acts like Vivian Girls (before they broke up), the Pains of Being Pure at Heart (before they went hi-fi) or Best Coast (before all of the corporate licensing).

There’s also Harris’ whispered vocal style, which instantly makes anything she sings on seem passive. Consider “Violet”: although it features one of the album’s most scorching distorted assaults, Harris’ harmonized voice washes across the arrangement as if from an Enya song. Eventually, the band melts away in the track’s final passage, leaving Harris to coo unaccompanied amidst cathedral-sized reverb.

It’s tempting to imagine what these songs might have sounded like with slightly crisper sonics: “Covered in Shade” is an alt-country barnburner that lacks the muscle to truly get off the ground, and it fades out after just 80 seconds, just as its bouncy swing is beginning to take hold. “City Breathing” is a serene slice of folk-pop heaven, but it’s so short and woozy that it feels like a missed opportunity rather than a true knock-out.

Ultimately, despite Helen’s rock-oriented setup, The Original Faces will probably appeal most to those who already like Grouper. It’s too atmospheric for the heaviness to pack any muscle or for the pop melodies to shine (good luck trying to sing along when the lyrics are largely inaudible). Instead, this album is all about angelic dreaminess, and in that regard, it does its job nicely.