Mother Sun recently announced their new album Train of Thought, will drop on October 28 via Earth Libraries/Divine Bovine Records. Ahead of the release they have shared “Orange Colossus,” the second single off the record, in addition to the track’s accompanying music video.

“‘Orange Colossus’ is about the way ignorance can grab ahold of an ugly thought and mutate it into resentment and hate. Angry fuzzed out verses describe the narrator’s unchecked frustrations, which are countered by melodic choruses urging the pursuit of understanding and empathy as ways to combat falling into cycles of negativity and instead promote an openness to learn and grow.”

Train of Thought, the third full length release by Mother Sun, is a 12 song day trip through an overstimulated frame of mind. Using 60’s and 70’s psych pop, garage rock, jazz and soul as a jumping off point, the band refines their modern eclectic storytelling through lush and adventurous arrangements, highlighted by abstract hooks, velvety strings and horns.

The record was recorded primarily live off the floor at Little Red Sounds Studio in Vancouver BC by producer Felix Fung. On the record, Mother Sun teamed up with a variety of musicians from their hometown of Kamloops BC, notably a string quartet from the Kamloops Symphony Orchestra. Horn arrangements written by two members of the band were performed by Vancouver based musicians Anita Eccleston and Mike WT Allen. 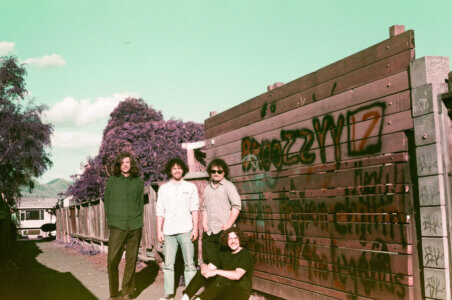