6 months ago
Words by Katie Tymochenko 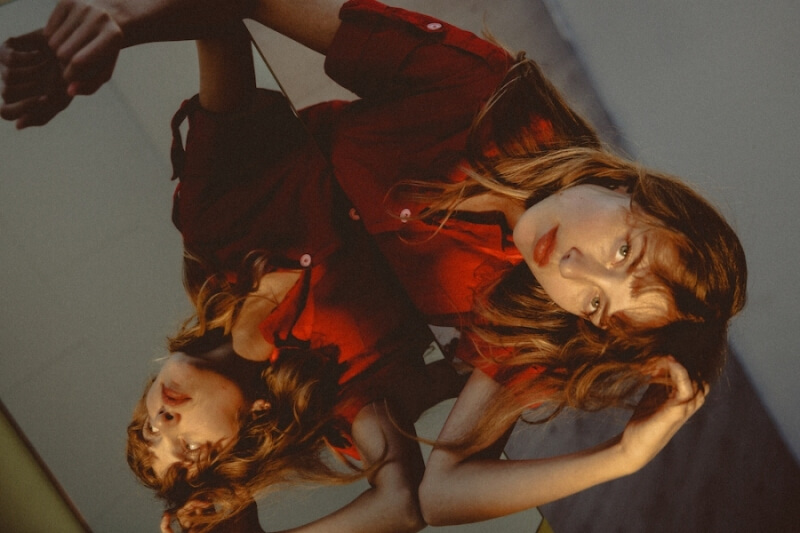 Ora The Molecule AKA: IS Norwegian-born multi-artist Nora Schjelderup. For Schjelderup, life has always been about observation and finding one’s purpose in the community at large. She is the molecule personified: the smallest bit of matter that retains its own identity while being part of something greater. This keen sense of inspection and willingness to surrender to feelings of wide-eyed wonder guided Schjelderup from her childhood to the release of her debut album, Human Safari. Northern Transmissions caught up with Nora to discuss her forthcoming release and the road to it.

Northern Transmissions: You grew up all over Europe and credit your nomadic lifestyle with creating a better understanding of other people and cultures. How do you think this affected your music?

NT: What was the process like crafting your debut album? Is there an over-arching narrative throughout these songs?

NS: Human Safari is an organised tour that takes intergalactic newcomers as tourists to Earth and shows them unfamiliar places where they can observe the lifestyle of humans. The tour will focus on humans living in unfamiliar places, like the western urban world. The tour is meant for any creature that is not shaped by categorical biased predispositions, and most importantly–has not been on Earth.

NT: Sonically, what challenges came with making this record? Was there one particular song that was more difficult to complete?

NS: The biggest challenge is of course your self-doubt. Throughout the process, I really never felt that something was finished. We had to cut the umbilical cord. The most difficult song to complete was probably “Pocket Universe.” That one came as a dream. I dreamt that Jan (the producer of this album) sang it to me in his house with eight Moroccan brothers. I just had to record the song to my voice recorder on the phone the minute I woke up. The song and the lyrics were all done in the dream. But it didn’t have an instrumental part. Jan did a great job figuring out the instrumental accompaniment to this, but it took some time to finish.

NT: Visually speaking, this album seems to be much more colourful compared to your other releases. What was the inspiration behind the artwork for each of the singles so far?

NS: The simple reason for this is that I only know how to make line drawings in black and white. So the moment we had some budget for artwork, I wanted to get my good friend Lola Favré on board. I am such a fan of her art and aesthetic, and I think it really worked with the songs.

NT: The “Creator” music video features your younger sister Tindra. What was it like sharing that experience with her?

NS: A very fun experience, and it turned into a great memory. We did it as part of my sister’s vacation trip to visit me in Los Angeles. It was her first time traveling abroad from Oslo. She told me that now we are in the land of the movies, she wanted to be an actress. So I called myfriend up, Tanmay Chowhardy, and we made a music video. It was so much fun and really didn’t feel like work at all. It felt more like play.

NT: Why was it important for you to include “Sugar” on the album when it was already released in 2018?

NS: Because it is an important stop on the Human Safari trip.

NT: The sequencing of this album is quite interesting. Why did you decide to open the album with “The Ball” and close it with “Souldigging”?

NS: “The Ball” feels like a beginning. It’s smooth and slick and feels like a good welcome song to me. It is also something very familiar about the ball. We all know sport and most of us has had to run after a ball at some point in our life. I thought perhaps it would help make people feel welcome to sing about something familiar. The albums ends with “Souldigging” because it suggests that there will be more…..

NT: Have you thought about how these songs will translate live on stage?

NS: We have actually already played most of the songs live. I must credit the incredible band Jan Blumentrath and Sju Smatanova for translating this to the stage. To be honest, it feels better to play them live than listening to them online. But I guess that’s how it is with most songs, the magic is when you get to sing them yourself. We played these songs long before they were releases, so in a way they belong more to the stage than to cyberspace.

NS: Yes and no. We have shows planned, but some are already cancelled. We are planning for a bigger tour in 2022.