Hembree has released a new video for their recently released single “Operators (feat, Bodye).” The clip was directed and shot by Coco. Along with the video Hembree are excited to announced a fall tour supporting Ripe. The dates kick off November 4 in State College, PA and conclude in Rochester, NY on December 4. The band also headline a show in their hometown of Kansas City on November 26 at The Truman.

Written in their hometown and recorded remotely from home studios during lockdown, “Operators” is the only song of the band’s new releases that is directly about 2020. They’d always wanted to collaborate with their good friend, Bodye, and when Henry Solomon (Haim, Thumpasaurus) joined on saxophone, the track came to life. Vocalist Isaac Flynn has this to say on it:

“I wrote it right when all of the protests started in the summer, and the chorus in particular is about when the officers, national guard and even some of the city officials would act like they were with the protestors in solidarity, and then turn around and gas and attack them. That’s where the idea of “they’re saying: tell me where you want me to be, tell me what you want and you need, you can tell me” originated from. They were acting like they were there to help, but it was all for show. It all felt almost cartoonishly villainous to me. I wanted to reflect that in the lyrics and in the dark, dance heavy groove of the song.

The Kansas City-based band previously released the loose-limbed and vibrant “Reach Out.” “Operators” and “Reach Out” mark the first music Hembree have released since their debut album, 2019’s House on Fire. Coming off a stretch of touring the band were ready to channel the energy of being on the road into their next artistic statement. 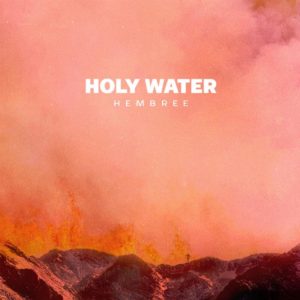