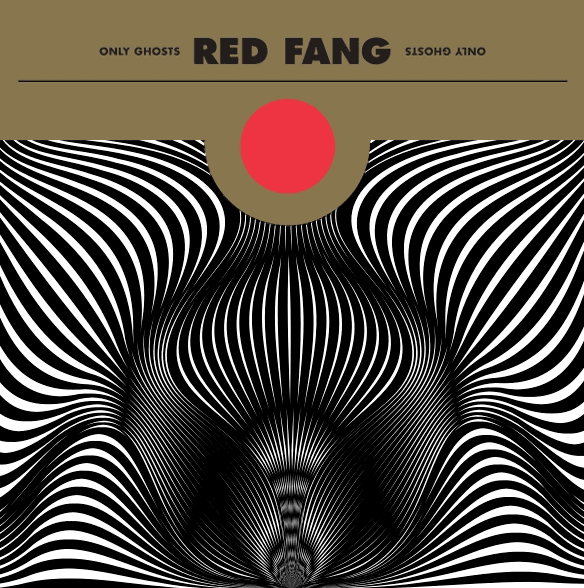 There’s a deceptiveness to the sheer doominess of Red Fang. This is, no doubt, in part due to the public persona of the Portland, OR foursome. Take, for instance, their affinity for laugh-heavy music videos, which have often come premiered through comedy website Funny or Die. Over the years, we’ve seen clips that have the bearded riff-slingers LARP-ing through local fields in beer can armor (“Prehistoric Dog”), battling a bunch of PBR-craving, Rose State zombies (“Blood Like Cream”), or pairing sartorial style and finger-sucking smorgasbords with their music’s off-the-bone brutality (“The Meadows”). Most recently, they’ve been promoting their new Only Ghosts with a Predator-themed video for “Shadows,” a clip that comes packed with plenty of blood, bazookas, and Big League Chew bubblegum. But while offering up plenty of smiles, don’t forget that the foursome are also here to serve up high grade, neck-wrecking hard rock. Only Ghosts might be their most hummably vicious set yet.

Opener “Flies” immediately ramps up the tension, mixing gloom and glee as minor key metal melodies underpin a narrative full of sleepless nights and funeral celebrations. Its licks are sinewy, a lean solo shows the true power of a simple two-string guitar bend, and the rhythms hit as if drummer John Sherman is pounding his fist into his snare. Sounding something akin to a less-proggy Mastodon, it’s a heavy but hooky intro to the collection.

Early highlight “Cut It Short” is one of the weirder tunes on Only Ghosts, a forcefully herked-and-jerked, club-footed dance track for misanthropes that sounds like a mixture of Queens of the Stone Age and the B-52s. Red Fang ease things down for distorto-drone “Flames,” but the breather is quickly eclipsed by “No Air.” Arguably the album’s most stunning piece, it’s a claustrophobic stoner epic that juxtaposes fast-slapped snares with dank and drippy Sabbath licks. While filled with furious howls, its most unsettling vocal is a watery, eerily-calm assertion of “you are not anyone to me.”

Only Ghosts is filled with haunted thoughts. The percussive and chunky “The Deep” presents an emotional diptych of confusion and unbalance (“I fail her/She saves me”); the also Queens-like “Shadows” overflows with imagery of a “sea of suffering” in which someone is all too willing to bathe in your pain; the fuzz bass that drives throughout “The Smell of the Sound” is decayed and dirge-like.

Paranoia and the paranormal cross over on the penultimate “I Am a Ghost,” a furious track that suggests a vengeful spirit is just itching to have you cross over into that other realm with them.

“Living in Lye” is a manic finale, a GAD-triggering assault of bashed rhythms, power chord aggression and nervous, untrusting lyrics. It all caps with Red Fang’s maxim of “You know you just can’t slow down, till you’re six feet down.” Considering the anxiety and deathly allusions laced into Only Ghosts, this could be seen as a grim way to cap the album. That said, the ferocity of Red Fang’s latest suggests they’re coping with the inevitable by giving it their all through their music. And while Only Ghosts makes for an intense and brooding listen, judging by the band’s video presence, they at least seem to be laughing their way through the darkness.