ON AN ON To Releae Cassette Featuring Covers 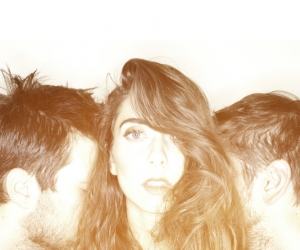 When ON AN ON will hit the road in September for headline dates throughout the US, they do so with a limited edition cassette release. The cassette features the Minneapolis/Chicago trio covering two artists they share immense love and respect for as they humbly take on Bjork’s “Unison” and Hot Chip’s “Boy From School”. While only available in physical form on tour, the covers will be released digitally on August 20th. As a preview of the tour exclusive merchandise ON AN ON has debuted their version of “Unison” via Soundcloud above.

The upcoming dates in support of the band’s debut album Give In follow  that saw ON AN ON make their debuts at major music festivals including Bonnaroo and Governors Ball. While ON AN ON have toured extensively since the early 2013 release of their record, including the UK and Europe twice, these dates mark the band’s first headline run across the Western half of the continent, having previously traveled though on separate occasions in support of Junip and Geographer.