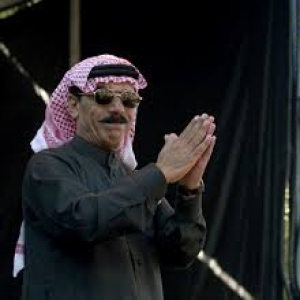 Following appearances at Iceland Airwaves and headline UK shows in Glasgow and London earlier this month, Omar Souleyman is now streaming a remix of ‘Warni Warni’, by Brian DeGraw (of Gang Gang Dance) under the guise bEEdEEgEE.

Not only that, but Omar has been added to the Nobel Peace Prize concert bill, alongside the likes of Morrissey and Mary J. Blige. This takes place on December 11th in Oslo, Norway. More information can be found HERE.

For Gang Gang Dance, crafting exotic and unfamiliar sounds is second nature, so pulling together DeGraw’s talents and the striking and unmistakable sound of Omar Souleyman has resulted in a whirling, bleeping, animated take on ‘Warni Warni’.