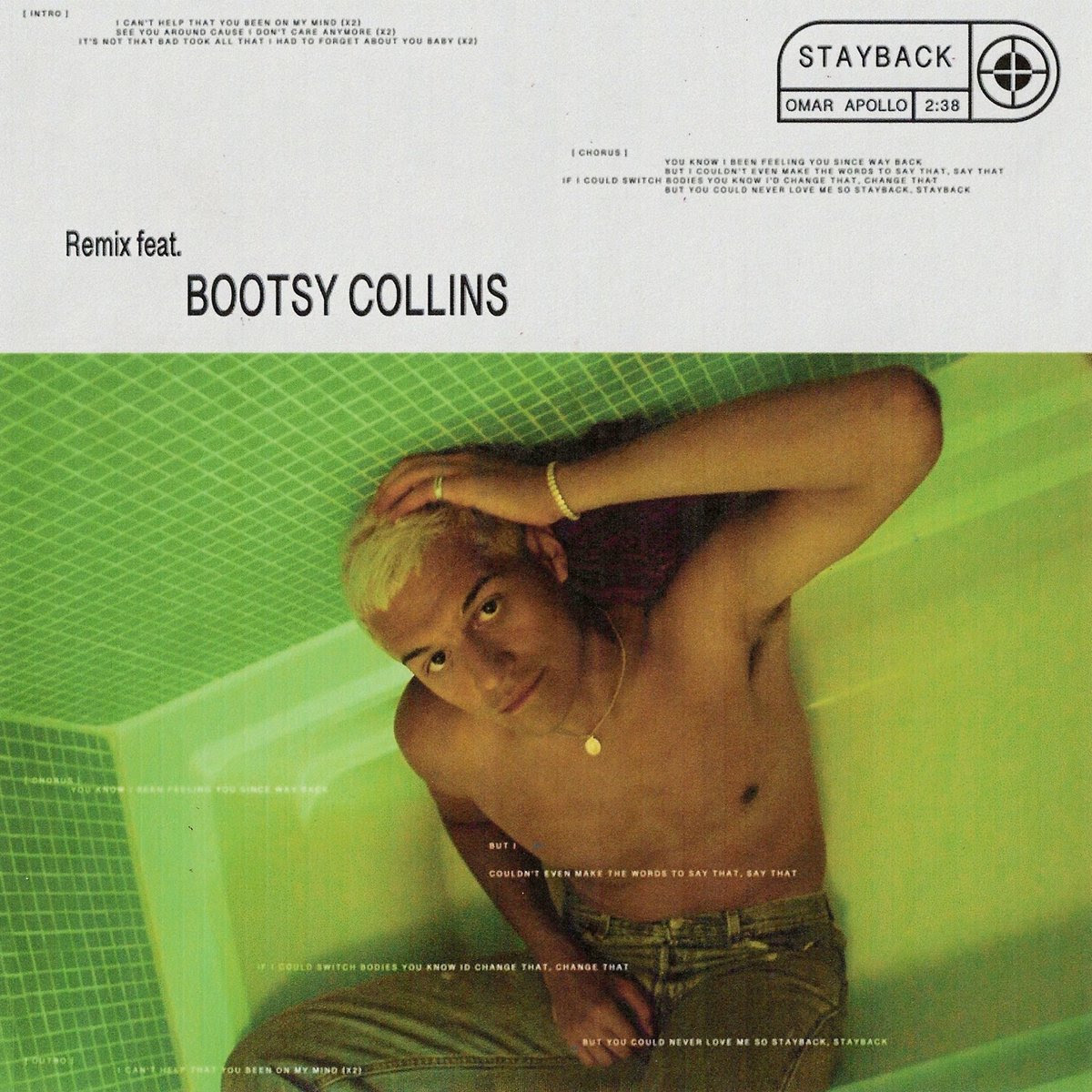 With release of his new single “Stayback”, Omar Apollo has shared a remix of the track featuring the legendary Bootsy Collins. The first single from his forthcoming project, “Stayback” is a self-produced and self-written song recalling the woozy, soulful side of Parliament-Funkadelic and is such a spot-on reimagining of the sound that it inspired one of the collective’s most iconic members to get involved.

This year, Omar Apollo made his late-night television debut on Late Night with Seth Meyers, and he had two headlining North American tours which included stops at Tyler, The Creator’s Camp Flog Gnaw Carnival and Tropicalía Festival. He was also part of YouTube’s Foundry International artist development program, with past alumni including Cuco, ROSALÍA, Gunna, Chloe X Halle, and Dua Lipa. In late 2019, he released a pair of singles with Kenny Beats – “Frio” and “Hit Me Up” – the former showcasing Spanish lyrics and playing off of Dembow music, the latter of which featured Dominic Fike. More recently, he released “Imagine U” which was also co-produced by Kenny Beats and was described by Uproxx as “an alluring, melodic anthem about modern heartbreak.”