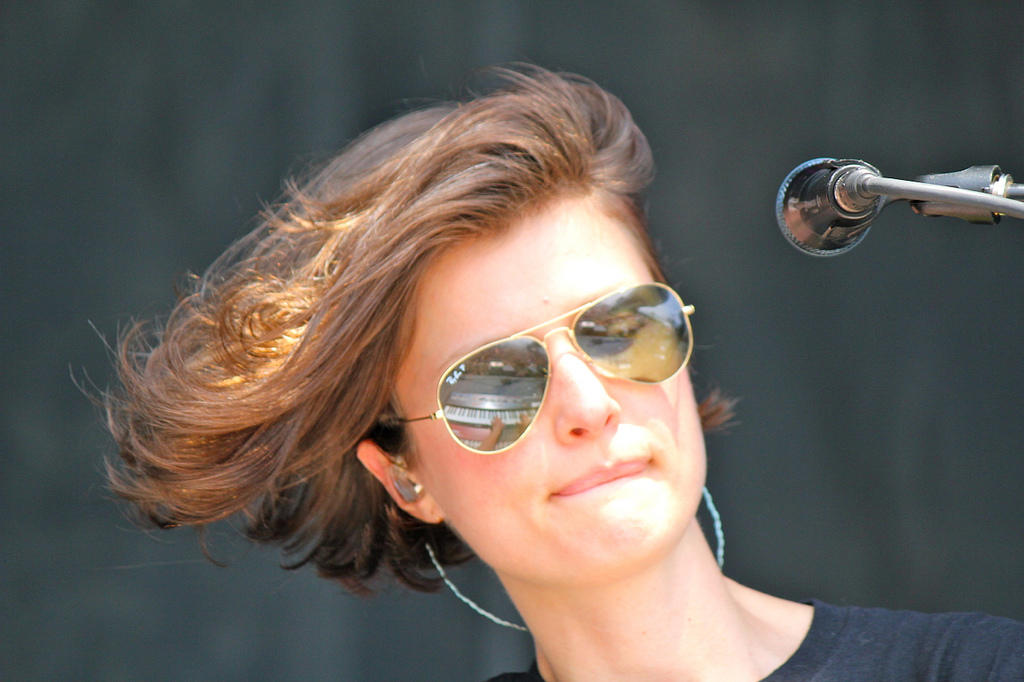 Bell’s newest offering is a collection of deeply personal, urgent songs with Bell’s voice once more at the helm of her singular production. This time, “a kind of personal violence is the main force at work,” she says of the EP, “but it’s more of a brawl with fear than something shell-shocked or confessional. The emotional language of Incitation recognizes that while fear can be brutal, even crippling, it is also a necessary force for change and, perhaps most importantly, not a permanent state. Its remedy is simple: action.”

Born in Moscow and raised in Alaska, Bell is now based in Brooklyn where she makes original music, remixes and videos under her own name. She also makes dance music with British musician Tom Vek as half of Nothankyou. From 2011 to 2013 she toured as a vocalist and keyboardist with Dirty Projectors and Chairlift, and is currently at work on her third full-length album, set for release in early 2016 on One Little Indian.

A classical pianist as a child and teenager, Bell graduated from the New England Conservatory before moving to New York City to pursue electronic composition and songwriting. In 2009, composer Osvaldo Golijov and soprano Dawn Upshaw selected Bell for a workshop and concert of new works by contemporary composers at Carnegie Hall. In 2011 she received a Jerome Fund Grant from the American Composers Forum to aid in the completion of her first large-scale composition, Krai, which was released as an album in 2014 after a sold-out premiere at the Walker Art Center in Minneapolis.