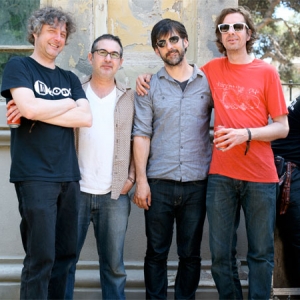 Brooklyn’s Obits have extended their North American and European tour into 2014 in support their acclaimed 3rd album, Bed & Bugs, out now worldwide on Sub Pop. The band’s North American west coast dates begin Thursday, November 14th in Vancouver, BC at The Biltmore Cabaret and end Saturday, November 23rd in Las Vegas, NV at The Beauty Bar. In early 2014 the band will visit Europe for a two week tour, which begins on January 15th in London, UK at Birthdays and ends on February 1st in Athens, GR at Six d.o.g.s. Please find a complete list of tour dates below.

Not at all coincidentally, with the start of these tour dates we are releasing a new and very good music video for the song “Operation Bikini” from Bed & Bugs. Featuring illustrations by Perry Shall (http://perryshall.tumblr.com/), this new video was directed by the enigmatic auteur Woody Tobias, Jr.