Oberhofer to Release ‘Notalgia’ on Glassnote 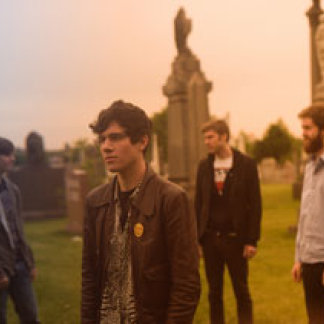 Oberhofer spent most of last year on the road touring extensively and sharing songs from the debut LP, Time Capsules II, to audiences around the world. When the band had downtime, it was spent in a Brooklyn studio writing and recording new songs for upcoming EP, NOTALGIA, out April 23rd on Glassnote.

Some of the new tracks were written in the wake of Brad Oberhofer losing a friend to drugs, a deeply saddening experience which inspired the feelings and themes explored within the new set of songs.

“When people are addicted to drugs or depressed, they are often sucked into a world that makes it impossible to think beyond sadness or to absorb any emotional support from friends and family,” Oberhofer tells Rolling Stone. “In the past few years, I’ve lost some friends to things like this. In those situations, there was nothing I could have said to help them. They couldn’t have heard me if they’d tried.”

^ with Frontier Ruckus and The Antlers

# with The Mowglis, Vacationer, and Atlas Genius