Oberhofer streams “Walked To Your Grave” 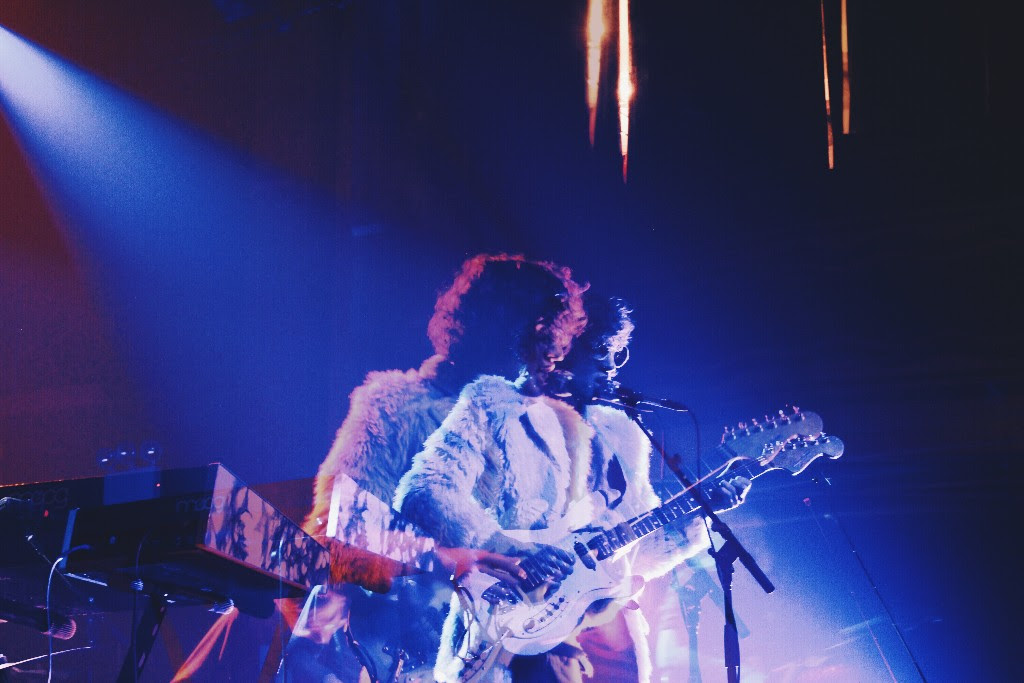 When it came time to make his second proper album under the Oberhofer name, the Tacoma-raised, New York-based artist had a great deal to draw from. His almost idyllic youth — mom sang opera; dad sailed boats; family lived on a gulch; deer and fox munched blueberries outside — had recently smashed up against harsh reality. One day while home for a brief respite from touring his 2012 debut Time Capsules II, Oberhofer woke to find his roommate dead, in the bathroom, of a heroin overdose. He had to call his friend’s boyfriend and break the news. Then, a mere three days later, he had to clear out all of his belongings and drive his band to Lollapalooza.

Such events seem to cast all else in a severe light, so while you’ll hear Oberhofer’s familiar sound — amped psych-pop with orchestral flourish, New Wave flare, and grungy fuzz — the intensity has been ratcheted up. The brighter moments are more brilliant, almost manically so, and the darker hues have deepened in kind. Certain samples, keyboard runs, and piano figures evoke calliope — circus music, conjuring innocence and madness in turn. And our host is as apt to channel the bliss of Brian Wilson’s SMiLE (“Sun Halo”) as he is the blooming melancholia of early Grandaddy (“What You Know”). The ghosts of Lou Reed and Del Shannon lurk these halls, too.

Much of this is also to do with Oberhofer’s resolve to produce the LP himself. The road to Chronovision was winding. He first rented a spot in the Catskills, set up all of his instruments (piano, keyboards, guitars, drums, clarinet, violin, Theramin), and made a song a day for two weeks. But that version of the record would be scrapped, as would the next, recorded in Seattle with Phil Ek (the Shins, Modest Mouse) on the boards. Two more album’s worth of songs were recorded in a pair of overnight solo jags, but those only exist today in the annals of SoundCloud. A final spurt took him to a Tacoma studio, two NYC facilities (Strange Weather, Electric Lady), and the former Sound City in Los Angeles. Lastly: Atlanta to mix with Ben Allen (Animal Collective, Washed Out). Exactly 106 demos later, Oberhofer emerged with these 12 songs.

That process isn’t altogether surprising. When he’s not playing or recording with Oberhofer the band — Oberhofer the man is constantly creating. His Instagram feed is full of bite-sized video loops. His Bandcamp offers a free collection of “daily meditations.” Via a second SoundCloud account, he’s recording 1,000-plus custom piano pieces for fans and friends (each composition bearing the person’s name). It’s possible he developed the practice while studying music at NYU (before he dropped out), after touring with the likes of Sleigh Bells, Neon Indian, or Matt & Kim, or in recording his last album with Grammy-stacking producer Steve Lillywhite. But one gets the feeling Oberhofer’s been this way.