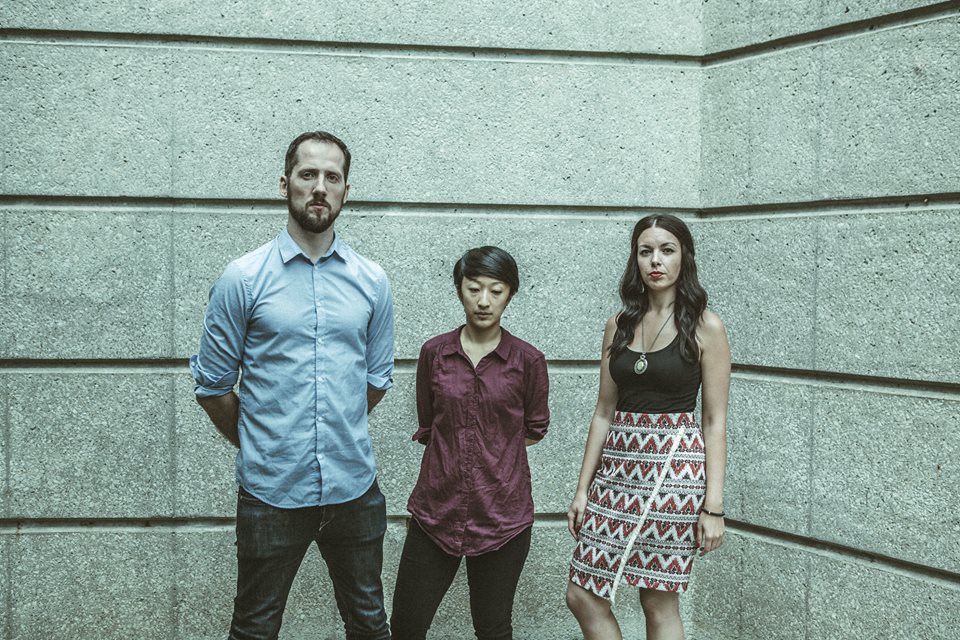 Experimental post-rock trio O Frontera will release their debut full-length In The Arms Of Stoics on October 6th, and the creative and cinematic video for the first single ‘Heed To My Song’ (shot on a Super 8 camera in Iceland!) is premiering today at Northern Transmissions. To celebrate the release of their new album, O Frontera are playing a release show in Toronto on October 7th.

In The Arms Of Stoics is O Frontera’s first full length but it’s not their debut release. The band released their sparse O Frontera EP in 2014 and since then have evolved to incorporate elements of classical, ambient, pop, and experimental music. Their sound is cinematic and the influence of Radiohead, Sigur Rós, and Philip Glass can be heard immersed in the ambient soundscapes of their music.

O Frontera is made up 3 members: Sebastian Cushing (vocals/guitar), Emily Wang (viola) and Sarah Riegler (percussion/vocals) and together they explore the relationship between melodic and rhythmic hooks by playing with song structures to create O Frontera’s powerfully evocative music. When making In The Arms Of Stoics the band wanted it ebb and flow like a great story often does; when the album plays from beginning to end, it’s narrative flows like a film. And because it feels cinematic and like a continuous piece of art, it’s difficult to single out a favourite track on the album.

Sebastian Cushing on the ‘Heed To My Song’ video:

“Over time our sound started to becoming bigger and more cinematic. We often spoke about the landscapes our music evoked when exploring new ideas. Nostalgia was also a theme that came up during those band meetings. I was talking to my brother Liam about O Frontera and how I envisioned the project evolving. He’s a videographer and photographer based in the UK. While discussing some of the elements we were exploring he suggested making a music video in Iceland. When I thought about the cinematic textures of our sound and the dramatic landscape of Iceland I thought it would be a perfect backdrop. ‘Heed To My Song’ is one of a few songs on the record that had all of those cinematic textures. The nostalgia of the song would be reflected in the use of a super 8 camera giving the video a style of another era. I wanted it to feel like a memory.”

O Frontera’s new album In The Arms Of Stoics will be available on Spotify, Apple Music/iTunes, and other digital retailers and streaming services on Friday, October 6th.