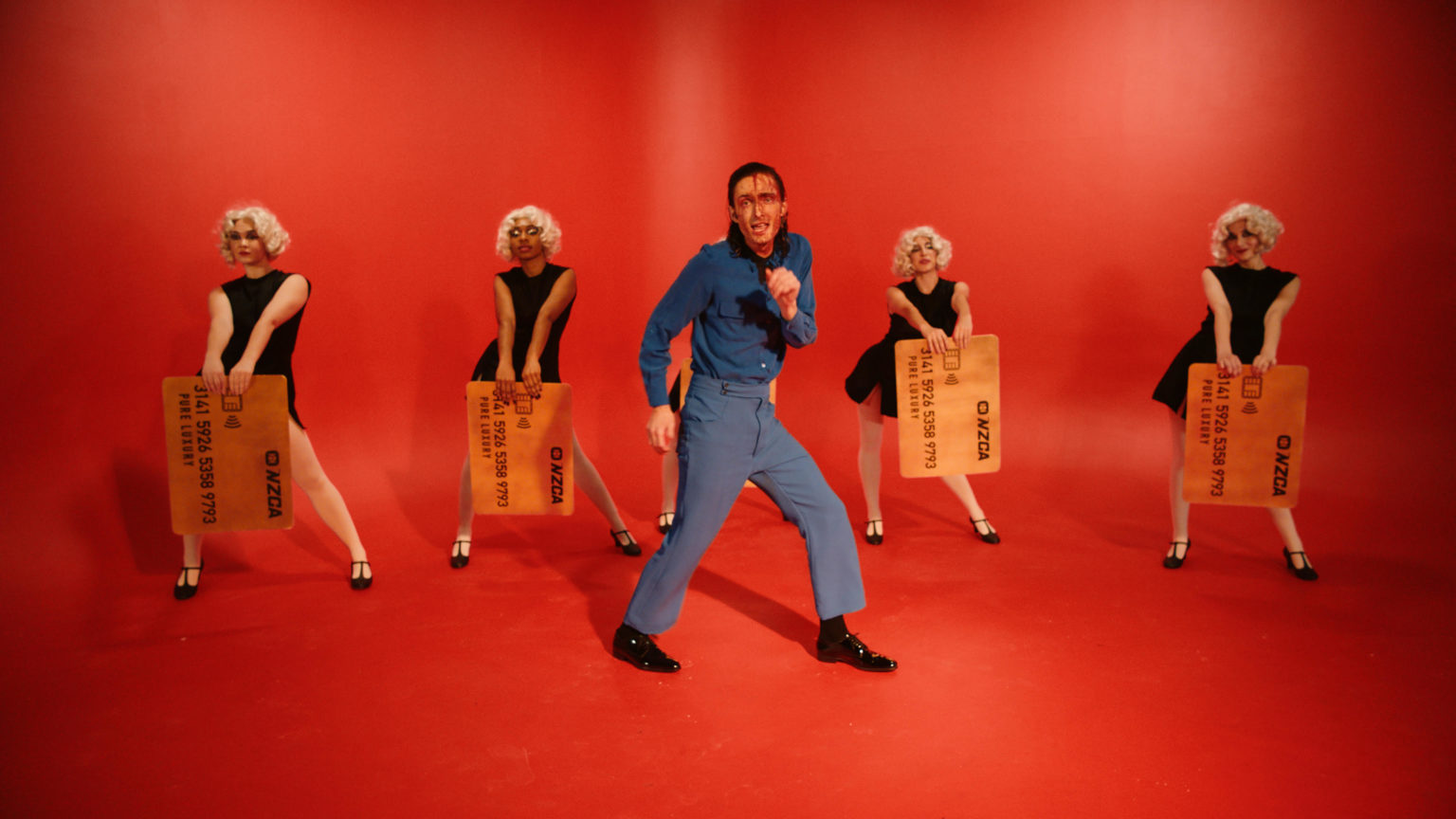 NZCA LINES, is the project of producer/instrumentalist, Michael Lovett. Today, he has released a new video for his “Pure Luxury”, which is available now via Memphis Industries. ‘Pure Luxury’ was inspired by Lovett’s experience of a Manhattan heatwave in February and is a response to the notions of luxury, status, and the insanity of pursuing material wealth in the face of environmental catastrophe. Lovett takes us on a technicolour joyride dripping with sarcasm, a hyped-up version of 21st century excess where gold trim hides rotten plywood facades, muscle cars are bought with credit cards and barbed wire fences separate luxury resorts from the slums beyond their walls. Speaking of the video, which was directed by Lovett and Alina Rancier, he said: “It’s an all singing, all dancing journey into my own personal world of glamour and luxury, held together by cardboard, drenched in blood, and billed to your company’s expense account. We set out to make a gender-reversed Gentlemen Prefer Blondes, and this is where we ended up. Enjoy.”

NZCA LINES takes his name from the Peruvian geoglyphs. Lovett, previously played guitar/synthesiser on Christine and the Queens’ recorded material and has performed as part of Metronomy. His previous two LPs earned critical acclaim on both sides of the Atlantic and found Lovett opening for the likes of Conan Mockasin and Django Django as well as performing at Glastonbury Festival.