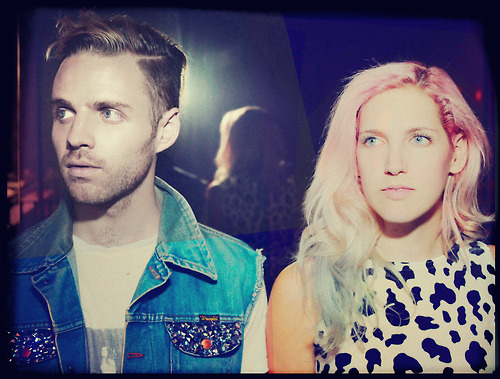 NYC-based, indie-pop duo MS MR has announced that their debut album, Second Hand Rapture, will be released May 14th in the U.S. on Columbia Records.  To coincide with this announcement a stream of “Fantasy,” a new track on the upcoming album, is available now HERE. Lizzy Plapinger (MS) and Max Hershenow (MR) began their musical collaboration in December of 2010, recording in secrecy, at Hershenow’s home studio in Brooklyn, NY over the course of 2011.   Produced by Hershenow, with additional production and mix by Tom Elmhirst, Second Hand Rapture is comprised of 12 tracks and includes the band’s debut single “Hurricane.”